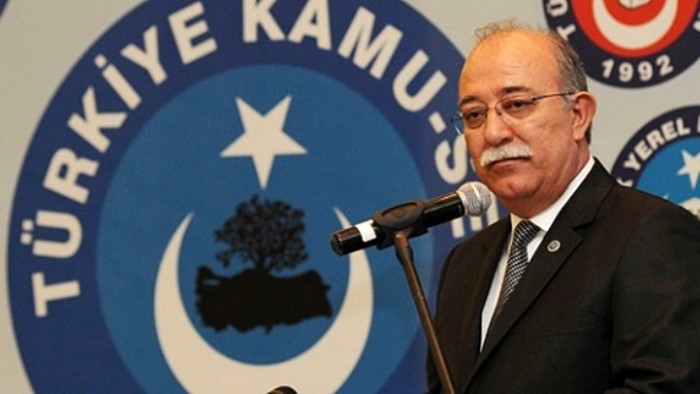 The headquarters of Kamu-Sen (Turkish Public Workers Labor Union) were attacked by a group of people after İsmail Koncuk, the head of the union, announced that he would vote “no” in an upcoming referendum on a presidential system for which President Recep Tayyip Erdoğan is seeking approval, CNNTürk reported on Wednesday.

According to the report 25 people raided the headquarters of Kamu-Sen, which is known to be close to the Nationalist Movement Party (MHP), and called on Koncuk to resign.

In a similar development, Ali Korkmaz, the İlkadım branch head of the MHP, was dismissed after he said he would vote “no” in the constitutional amendment referendum.

Internal party clashes were sparked after MHP leader Devlet Bahçeli declared support for the constitutional amendment package, which will pave the way for an executive presidency in Turkey.

The executive presidency that has been introduced with the constitutional amendment package is criticized for eliminating checks and balances and further eroding judicial independence.

Critics of the switch to a presidential system of governance claim that with the changes, a one-man regime under Erdoğan will be created in Turkey.

Ümit Özdağ, a deputy who was expelled from the MHP, said on Wednesday that with the constitutional amendments that will establish an executive presidency, an Erdoğan republic is being formed and that “the Republic of Turkey as we know it will end.”