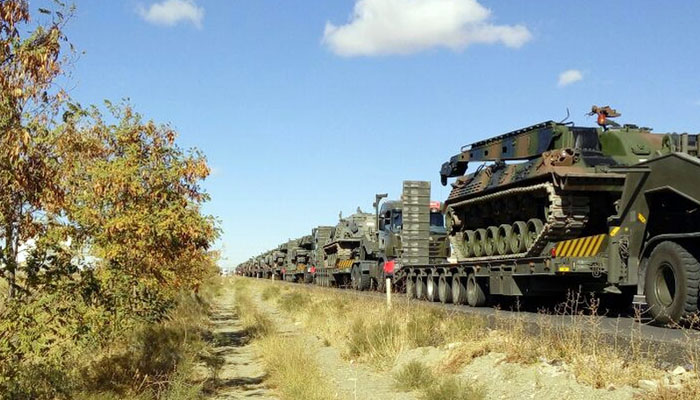 According to the Anadolu news agency, military sources said tanks, armored troop carriers and equipment accompanied by gendarmerie forces were deployed to the border town.

Since Aug. 24 of last year, Turkey has been conducting Operation Euphrates Shield in Syria, supported by Free Syrian Army rebels and US-led coalition aircraft, to clear the Syrian border town of Jarabulus and the surrounding area of the Islamic State in Iraq and the Levant (ISIL) terrorist group.

After taking back Jarabulus from ISIL, the FSA and the Turkish army, supported by coalition forces, continued the operation to gain control over al-Bab in Aleppo province, one of ISIL’s last remaining strongholds near the Turkish border.