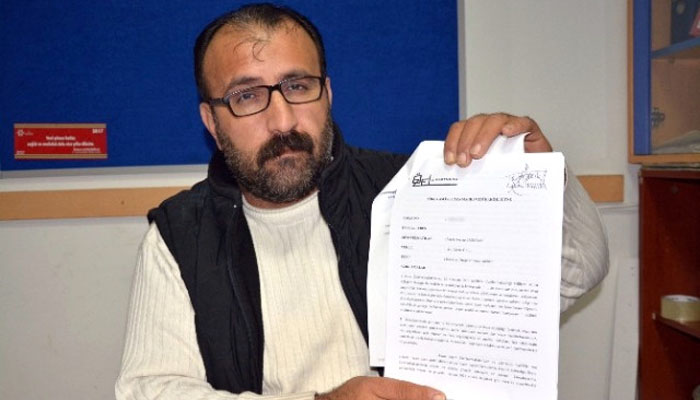 Mehmet Şahin Işık, who was earlier briefly detained for allegedly insulting Turkish President Recep Tayyip Erdoğan, has been given a 14-month jail sentence on same the charge.

A day after a deadly Islamic State in Iraq and the Levant (ISIL) attack killed 107 people near the Ankara train station in October 2015, Işık joined several others to protest the incident in the Aegean province of Aydın.

Işık was allegedly found to have insulted Erdoğan while he was chanting slogans during the protest.

The court did not suspend the sentence since Işık has failed to express remorse.

Yet, he said he was surprised to receive a jail sentence in view of Erdoğan’s promise to drop insult cases that were opened before July 15.

Insulting the president is subject to criminal charges under Turkish law, and President Erdoğan has sued critics, including regular citizens, in unprecedented numbers for allegedly insulting him. The Ministry of Interior Affairs announced last month that 10,000 people are currently under investigation on suspicion of terrorist propaganda and insulting senior state officials on social media.

In a similar case, Turkish poet Yılmaz Odabaşı on Jan. 25 was given a suspended sentence of 20 months for allegedly insulting Erdoğan. (Turkey Purge)