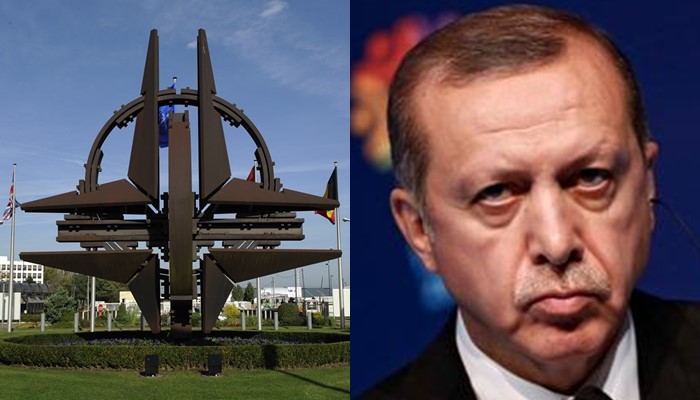 An attempted coup in Turkey on July 15, 2016, is believed by NATO sources to have been staged by the president of Turkey himself, according to a Wednesday report on the aldrimer.no website.

Although sources admit that there is no written NATO documentation to support the claim due to its sensitivity, the website said that “the dominant NATO assessment is quite clear.”

“The senior officers, three- and four-star generals, and those who worked with Turkey for 30-40 years and who mentored Turkish officers for four or five years, say they do not believe that there was a coup. If the Turkish Armed Forces wanted to carry out a coup, they would have succeeded. That’s a tradition in Turkey,” a NATO source told aldrimer.no. “They had a list of 1,600 names the very next day of people they wanted gone,” he added.

Turkey survived a military coup attempt on July 15 that killed over 240 people and wounded more than a thousand others. Immediately after the putsch, the government along with President Recep Tayyip Erdoğan pinned the blame on the Gülen movement, which strongly denies the allegation.

The next morning, after announcing that the coup had been foiled, the Turkish government immediately launched a purge of military officers, judges and others in state institutions under which at least 135,000 civil servants to date have been dismissed from their jobs.

According to the aldrimer.no report, some 80 to 90 percent of Turkish officers serving at NATO headquarters were relieved of their duties and recalled to Turkey. Those who dared to return home have been jailed, said sources, one of whom added: “Turkish officers who still have contact with NATO said that Erdogan had been planning the so-called coup for a year and had a list of people he wanted out. … I have so far not met anyone who believes there was a real coup attempt.”

The report also points to one of Erdoğan’s acts following the alleged coup – splitting up the Turkish military and the gendarmerie, separate organizations that had previously served under the same jurisdiction but with different objectives. The paramilitary gendarmerie, however, was particularly loyal to Erdoğan and had actively participated in the purges that followed the alleged coup.

The Norwegian website had contacted NATO Secretary-General Jens Stoltenberg for remarks on its report, but the NATO head declined to comment. His press office responded with a statement saying that the secretary-general had already commented on the failed coup and had discussed the issue with the Turkish leadership, adding: “He has made clear that those responsible for the failed coup must be brought to justice, and it is important that this be done with full respect for the rule of law.” The press office, however, did not respond to questions about NATO assessments of who was really behind the coup attempt, nor has the president of Turkey answered questions submitted to him, either.