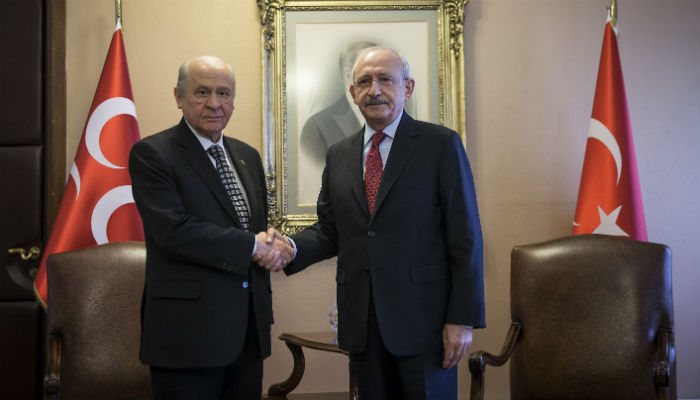 The meeting took place just before a second round of votes on the reform package began in Parliament. The first round was held last week.

Speaking to reporters following the meeting, Kılıçdaroğlu said: “The MHP is a very important political party in the Turkish democracy. I personally had the need to have this meeting. I wanted to visit Mr. Chairman, he was kind to accept my request for a visit. I conveyed my concerns about the planned constitutional amendments.”

The ruling Justice and Development Party (AKP), backed by the MHP, is pushing through legislation that President Recep Tayyip Erdoğan says will bring the strong leadership needed to prevent a return of the fragile coalition governments of the past.