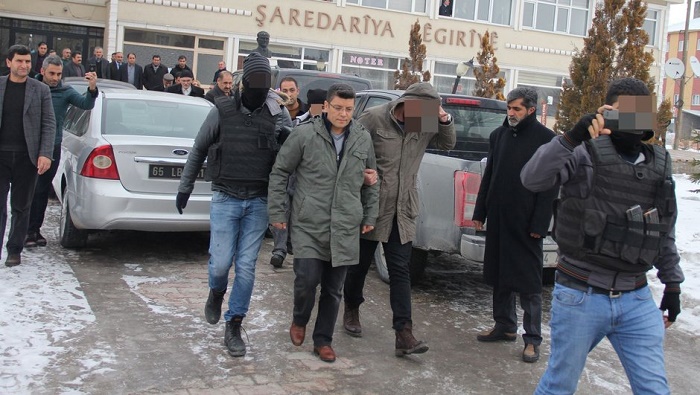 Mehmet Ali Tunç, mayor of the Muradiye district in the eastern province of Van from the pro-Kurdish Democratic Regions Party (DBP), was detained on Monday as part of a terrorism investigation.

Police teams conducted a search at the municipal building and seized some documents. Media reports said detention warrants were also issued for several others as part of the same investigation.

Turkey has stepped up its crackdown on Kurdish politicians in recent months. Trustees have been appointed to dozens of municipalities in the country’s predominantly Kurdish Southeast, while Turkish courts earlier this month arrested 11 pro-Kurdish Peoples’ Democratic Party (HDP) deputies including the party’s co-chairs. (Turkey Purge)