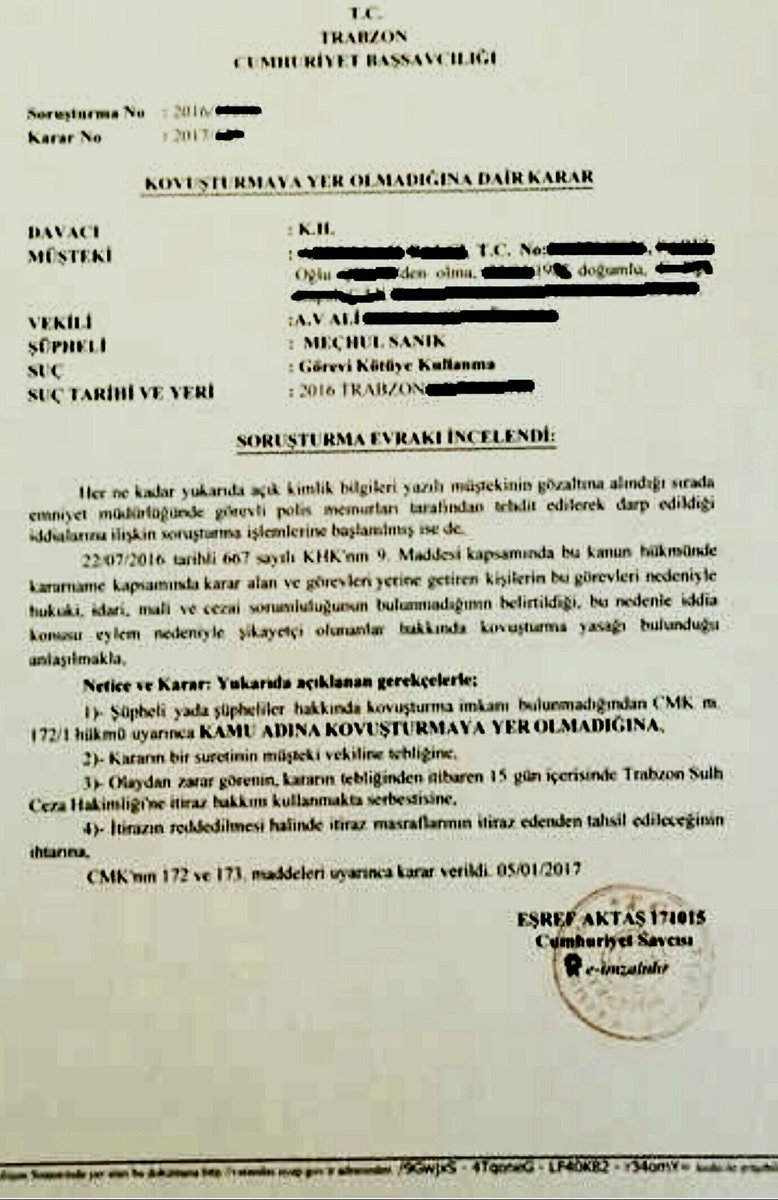 A document recently issued by a prosecutor’s office in Trabzon stated that there are no grounds to investigate a torture complaint since police officers can act with impunity under the current state of emergency in Turkey.

A few minor Turkish news portals published the document on Sunday displaying the reasoning for dropping charges against police officers who allegedly tortured a plaintiff under detention.

However, the prosecutor’s office in Trabzon stated that given the impunity granted by Article 9 in decree No. 667, police officers cannot be held accountable for their actions.

The prosecutor’s office issued the decision on Jan. 5, stating that no public investigation is possible as suspects cannot be subject to investigation.

Turkey issued several decrees in the wake of a July 15 coup attempt restricting people’s access to lawyers, allowing detention periods up to 30 days and granting impunity to public officials.

However, according to international law and norms, there is no statute of limitations for torture crimes.

Turkey has jailed over 40,000 people in its post-coup purge amid credible reports of torture and mistreatment under detention and in prisons.