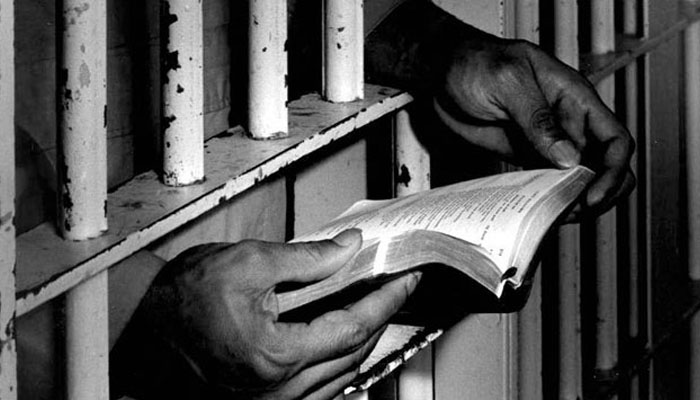 Turkey’s Justice Ministry banned newspapers and books from outside except for the Quran for prisoners as of Jan. 9, according to a tweet from imprisoned Turkish-Armenian intellectual Sevan Nișanyan.

Tweets from Nişanyan, believed to have been posted by his lawyers, who recently visited him in prison, said that prison authorities have prohibited prisoners from buying daily newspapers since Jan. 1.

“Newspapers have not been allowed in the prison since New Year’s. We have to content ourselves with the TV they allow,” the first tweet said.

The following tweet said “According to the ministerial order on Jan. 9, bringing books to prisons other than the Quran is forbidden.”

Nişanyan, a Turkish citizen of Armenian origin born in 1956 and one of the most colorful personalities in Turkish intellectual life, critical of the government, was imprisoned on Dec. 2, 2014 for “construction infractions.”

Since a failed coup on July 15, Turkey has jailed scores of journalists and became the largest jailer of journalists in the world in 2016. Nearly 200 media outlets have been shut down by decrees issued during Turkey’s relentless purge against critics, particularly targeting real and perceived sympathizers of the faith-based Gülen movement.

Despite the fact that Fethullah Gülen, who inspired the movement, denied the accusation and called for an international investigation into the coup attempt, President Recep Tayyip Erdoğan — calling the coup attempt “a gift from God” — and the Turkish government launched a widespread purge aimed at cleansing sympathizers of the movement from within state institutions, dehumanizing its popular figures and putting them in custody.

Over 135,000 people have been purged from state bodies, in excess of 83,000 detained and over 42,000 have been arrested since the coup attempt. Arrestees include journalists, judges, prosecutors, police and military officers, academics, governors and even a comedian.