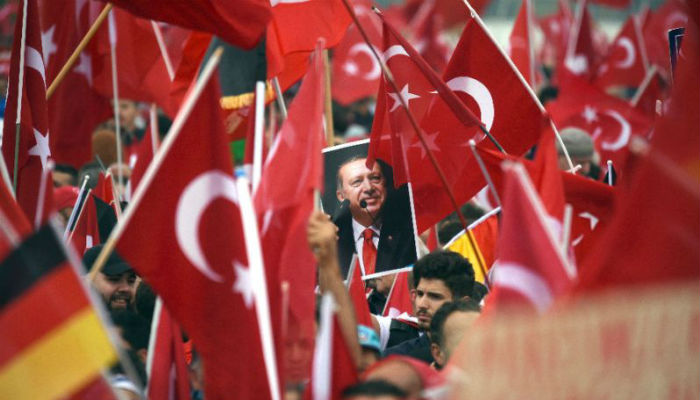 The German-based Turkish-Islamic Union for Religious Affairs (DİTİB) has said some of its preachers acted as informants on sympathizers of the Gülen movement, which the government accuses of attempting a military coup on July 15.

Denying any involvement from the beginning, the movement has been complaining that the Turkish government is using every means to round up its followers both in Turkey and abroad.

DİTİB said in a report published in the Rheinische Post newspaper on Jan. 12 that some of its preachers had spied at Turkey’s request.

“We deeply regret this mishap and have spoken to Diyanet about this,” DITIB Secretary-General Bekir Alboga told Rheinische Post, according to Deutsche Welle.

DİTİB should provide German authorities with the names of the imams who collected information or acted on the orders of the Turkish government, Volker Beck, a lawmaker for the opposition Greens, told Deutsche Welle.