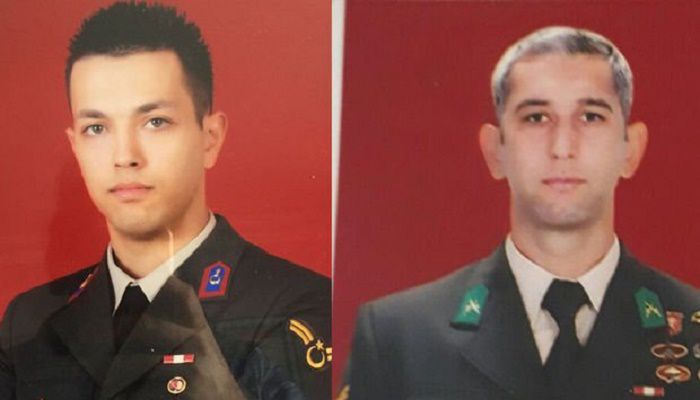 Two Turkish soldiers taken captive in the western Syrian city of al-Bab by the Islamic State in Iraq and the Levant (ISIL) on Nov. 29 have reportedly been killed.

According to the Habertürk daily, the bodies of noncommissioned officers Muhammed Duran Keskin (28) Kıvanç Kaşıkçı’yı (24) were received by the Turkish military from a Free Syrian Army (FSA) group who took them from ISIL.

On Nov. 29 the Turkish military said in a statement that it lost contact with two of its soldiers deployed in northern Syria, although it stopped short of confirming an ISIL claim that the militant group had kidnapped a pair of Turkish soldiers.

On Dec. 22, ISIL released a video allegedly burning two Turkish soldiers alive who it took hostage in al-Bab in November.

The Solhaber news portal identified the soldiers as Fethi Şahin and Sefer Taş. Turkish authorities denied the authenticity of the video.

Turkey launched an incursion into northern Syria in August, sending tanks, fighter jets and special forces over the border. It aims to sweep ISIL from a roughly 90-kilometer (56-mile) strip of the Syrian border and prevent Kurdish militia groups from seizing territory in their wake.