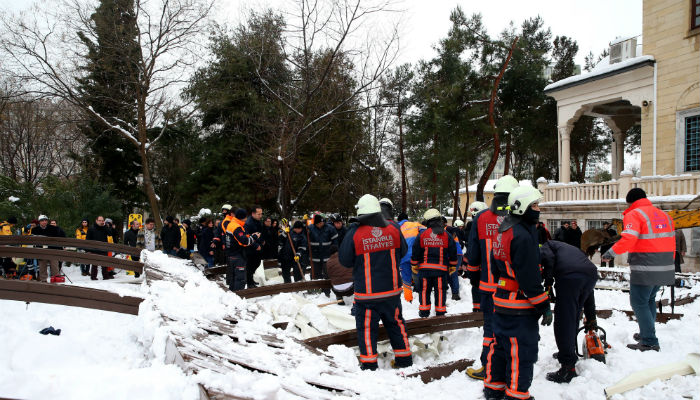 One person was killed and 40 were injured when a tent in front of a mosque in İstanbul’s Ataköy neighborhood collapsed during a funeral prayer on Tuesday afternoon due to a huge amount of snow that had accumulated on the canvas.

When the funeral prayer for the second person was being said, the tent under which the people were praying collapsed.

Many ambulances were dispatched to the scene to help the injured.

Heavy snow has been falling in İstanbul for the past several days, paralyzing the daily lives of İstanbul residents.

A woman who was in front of the mosque at the time of the incident told Turkish media that frequent warnings had been made for people not to stand under the tents because they could collapse.

“After the first funeral prayer had ended, the tent suddenly collapsed. There was chaos. Everyone rushed to save their friends,” said the woman, who spoke anonymously.

The woman also said municipal teams should have cleared the snow on the tents because it was obvious that they would collapse.