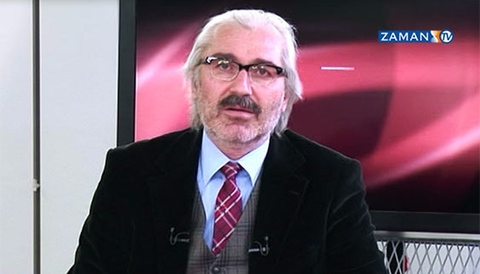 The Ankara representative for the now-closed Zaman daily, Mustafa Ünal, who is among the dozens of journalists arrested in the aftermath of a failed coup attempt on July 15, has been denied medical treatment in Silivri Prison, according to a Twitter message from his son.

Ünal’s son shared a message from his father’s Twitter account on Thursday in which the son, who did not reveal his name, wrote that his father has been experiencing health problems in Silivri Prison, where he was incarcerated on July 31, and is suffering from shingles.

Ünal’s son said despite insistent requests from his father, he was taken to a hospital only on the sixth day aftercontracting shingles and that the medication given to Ünal by the doctor has not been given to him for the past two days.

Ünal’s son said his family was informed about the situation during a visit to the prison, and they wonder if the prison administration is aware of his father’s situation.

Zaman, which was Turkey’s best-selling daily, was closed down by the government in the aftermath of a coup attempt on July 15, and dozens of journalists from the daily were jailed over alleged involvement in the coup attempt.

In the meantime, Turkish media reports said on Friday that journalist Ahmet Şık, who was arrested by a court  on Dec. 30 on charges of disseminating terrorist propaganda for the Kurdistan Workers’ Party (PKK), the Revolutionary People’s Liberation Party/Front (DHKP/C) and “FETÖ,” a derogatory term coined by the government to refer to the faith-based Gülen movement, was denied water for three days in Metris Prison, where he was first incarcerated.

Şık was transferred to the Silivri Prison on Jan.3, where he was reportedly able to drink water for the first time since his arrest.