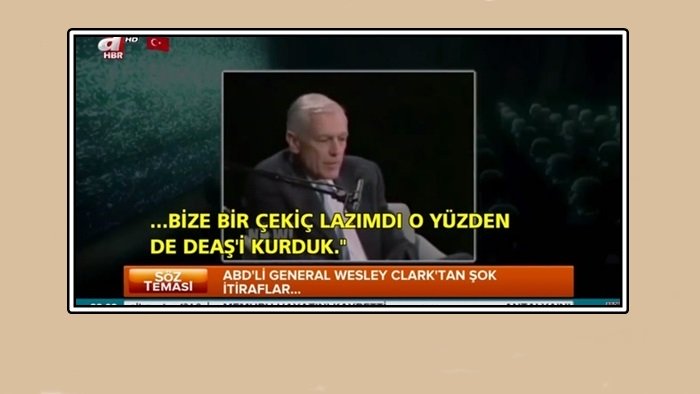 The staunchly pro-government news channel A Haber on Wednesday night aired a video of a US general with fabricated subtitles in which the general is claimed to have said “We established the Islamic State in Iraq and the Levant [ISIL].”

The news channel aired the video of Gen. Wesley Clark talking about the Iraq war, but with fabricated subtitles.

In the video Clark allegedly says “We established ISIL” in a part where he originally states “I guess If the only tool you have is a hammer, every problem has to look like a nail.”

The video, of Clark’s appearance on “Democracy Now!” in March 2007, aired on the “Söz Teması” show on Wednesday night.

A Haber presented the video with the announcement “Shocking revelations from US General Wesley Clark” and created the impression with fabricated Turkish subtitles that Clark made remarks on ISIL in the video even though no such statement was made. The part A Haber distorted is harder to hear, making it difficult to verify translation. However, the original version of the video is also available on the Internet.

The pro-government media in Turkey often run fabricated anti-Western and anti-American stories to support the government’s narrative that a “superior mind” is behind every plot against Turkey and Muslims in general.

Below are the altered and original versions of the videos: