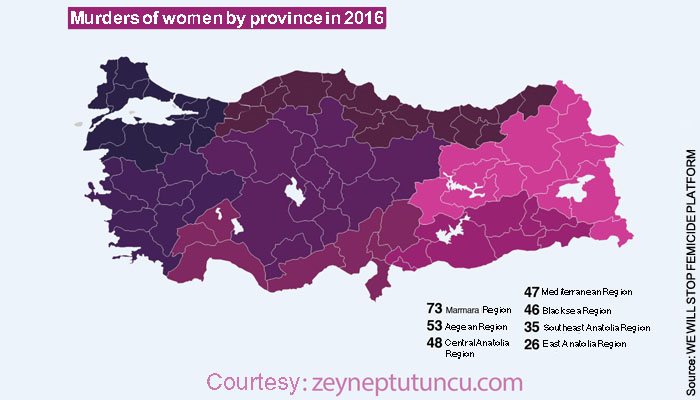 A report by a women’s rights platform said on Tuesday that femicide increased in Turkey in 2016 and totaled 328 women killed, half of which took place during the state of emergency that was declared following a failed coup on July 15.

Thirty-one percent of femicides in 2016 were committed by spouses, 25 percent by unidentified perpetrators, 13 percent by relatives, 9 percent by boyfriends and 6 percent by ex-boyfriends.

According to the report, 44 percent of the reasons for the femicides in 2016 were unknown, while 26 percent were retribution for a woman insisting on making her own life decisions, 10 percent due to a breakup, 9 percent a result of divorce, 3 percent for resisting violence and 2 percent in sexual assault.