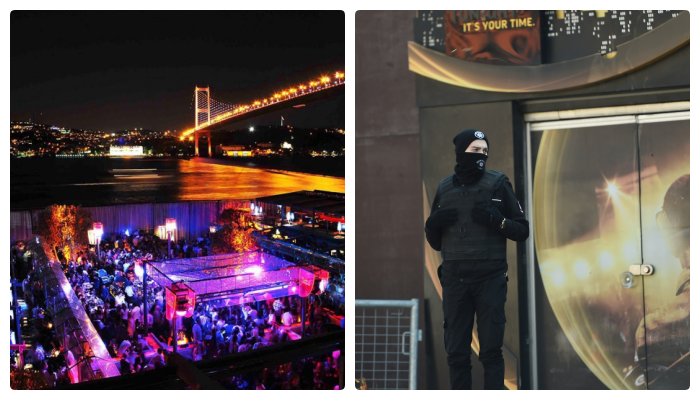 The owner of İstanbul’s popular Reina nightclub targeted by an Islamic State in Iraq and the Levant (ISIL) terrorist on New Year’s Day, told media on Monday that he received no specific intelligence on the attack, claiming that his initial remark on prior US intelligence was misunderstood.

Speaking to reporters at the funeral of a security guard who was among the 39 victims of the terrorist attack, Mehmet Koçarslan said he was referring to “open intelligence” that he read about in the media, adding that police had taken extraordinary measures since Dec. 17 in the Ortaköy district, where his club is located.

He ruled out any threats against his club in particular as well as any direct intelligence warning, contrary to stories that appeared in the Turkish media in the immediate aftermath of the attack.

Koçarslan had told a Hürriyet reporter that due to “American intelligence,” Turkish security units had been taking measures for the last 10 days around the club. He added that the attack took place despite the intelligence.

İstanbul had been on high alert, with some 17,000 police officers on duty, following a series of terrorist attacks in the city in recent months.

On Dec. 22 the US Embassy in Ankara had issued a general holiday season threat warning for Turkey and parts of Europe, as it does whenever there are indications that American citizens might be targeted or subjected to violence.