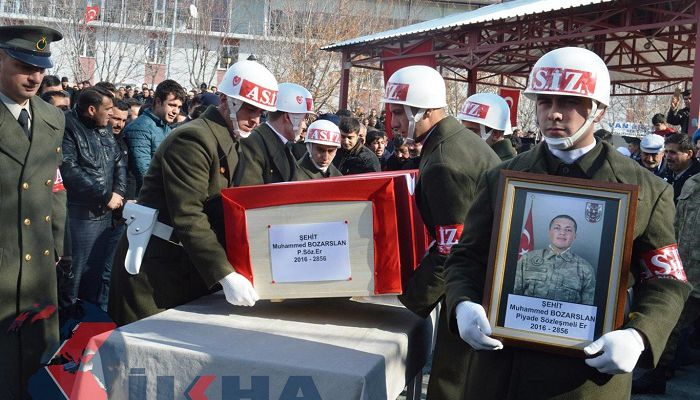 The number of Turkish soldiers who have died as a result of an Islamic State in Iraq and the Levant (ISIL) attack in Syria’s al-Bab region last week increased to 17 after a wounded private, Muhammet Bozarslan (23), succumbed to his injuries at the Gülhane Military Medical Academy (GATA) in Ankara early on Wednesday.

Bozarslan’s body was sent to his hometown and buried following a funeral in the Adilcevaz district of eastern Van province on Wednesday.

With the latest casualties, the total number of Turkish soldiers killed since August in Turkey’s Operation Euphrates Shield has reached 40.

As part of Operation Euphrates Shield, Turkey sent tanks across the border to help Syrian rebels drive ISIL from the border city of Jarabulus on Aug. 24, in a dramatic escalation of its involvement in the Syrian civil war.