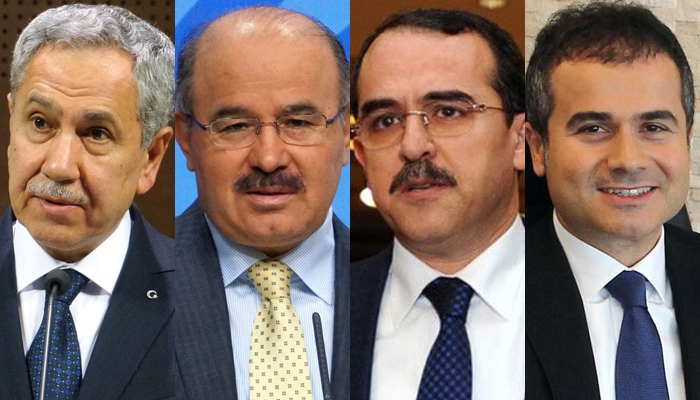 The Ankara Public Prosecutor’s Office is assessing a complaint filed by a lawyer in İstanbul accusing four former ministers from the ruling Justice and Development Party (AKP) of links to the Gülen movement.

According to the Turkish media, the file that accuses former AKP ministers Bülent Arınç, Hüseyin Çelik, Suat Kılıç and Sadullah Ergin was sent to the prosecutor in Ankara after the İstanbul prosecutor’s office declared the investigation to be outside its jurisdiction.

Lawyer Burak Bekiroğlu claimed that the four former ministers were linked to the Gülen movement and accused them of laying the groundwork for a coup attempt on July 15. The government holds the movement responsible for the coup attempt.

The petition sent to the prosecutor in Ankara requested a search in the residences of the four former ministers as well as seizure of their mobile phones.

Arınç and Çelik had been among leading AKP politicians who raised criticism against the party from time to time.