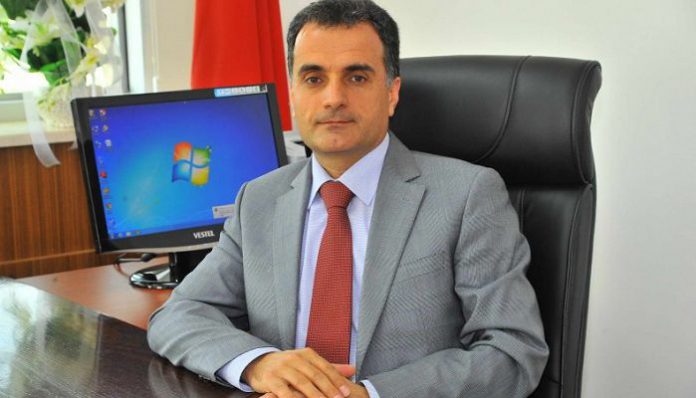 A Turkish political science professor from Sakarya University said in a tweet on Monday that the Gülen movement is responsible for everything that happens in Turkey, including bolts of lightning.

“If somebody has an accident, or if someone shoots a police officer, and even in the event of a lightning bolt, we will hold FETÖ responsible,” Professor Hamza Al tweeted. 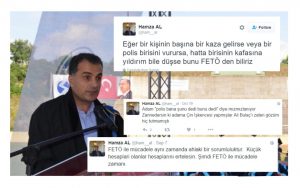 FETÖ is a term used by the Turkish government to describe the Gülen movement, a global civil society movement accused by Turkey’s government and President Recep Tayyip Erdoğan of masterminding a failed coup attempt in Turkey on July 15.
Al serves as an advisor to the mayor of the western Turkish province of Sakarya and previously came to public notice in the province with his critical stance against the movement.

In one of his earlier tweets, Professor Al defended an insult directed by a police officer at imprisoned columnist Ali Bulaç.

“The man [Ali Bulaç] complains [about what the police told him]. One would have thought that Chinese torture was used on him. I have never taken a fancy to Ali Bulaç, anyway,” Al tweeted.

A police officer told former Zaman daily columnist Bulaç, who has been in Silivri Prison since July 28 on coup charges, that he would suffer even more in prison since he did not support President Erdoğan, unlike pro-government columnists, an opposition deputy said on Oct. 20.

Speaking with the Cumhuriyet daily about a visit to journalists in Silivri Prison in İstanbul, main opposition Republican People’s Party (CHP) İstanbul deputy Mehmet Bekaroğlu said that journalists, including Bulaç, were grossly insulted by police officers during their questioning.

According to Bekaroğlu, a high-ranking police officer came in while three others were questioning Bulaç in Silivri Prison and said: “You, Ali Bulaç, You didn’t act like Ahmet Taşgetiren [a pro-government columnist]. Look, where is he now, and where are you? You didn’t know the value of the Reis [the chief, referring to Erdoğan]. You are now in prison at this age, and you will suffer even more.” (Turkey Purge)