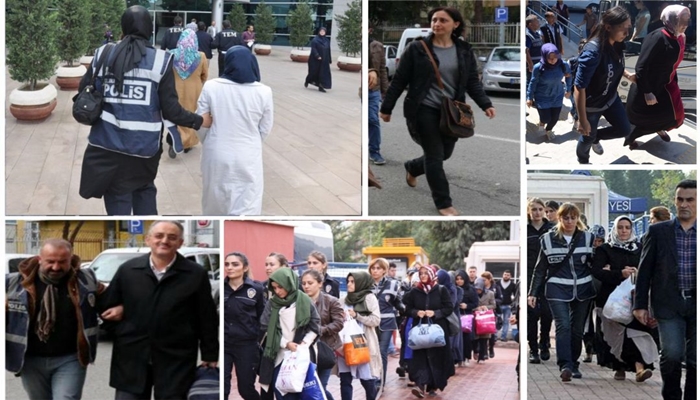 Turkey’s Interior Ministry on Monday announced the latest purge tally, stating that in the last week 1,096 people had been detained over links to the Gülen movement, of whom 426 had been arrested.

In addition, according to the ministry’s statement, in operations against the Kurdistan Workers’ Party (PKK) last week a total of 508 were detained and 78 arrested.

Turkey has been conducting a massive purge since a failed coup on July 15, particularly against sympathizers of the Gülen movement, accusing Muslim scholar Fethullah Gülen of plotting the coup.

About 115,000 people have been purged from state bodies, in excess of 82,000 detained and over 41,000 have been arrested since the coup attempt. Arrestees include journalists, judges, prosecutors, police and military officers, academics, governors and even a comedian. Critics argue that lists of Gülen sympathizers were drawn up prior to the coup attempt.

In a penal reform announced in mid-August, the government released 38,000 prisoners to free up space for newcomers.