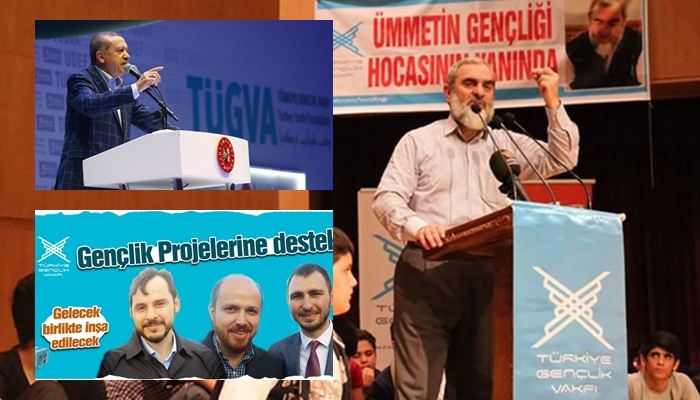 More details have emerged on the secretive past of the killer of the Russian ambassador to Turkey, shedding further light on how he was radicalized by a network close to the first family under the permissive and even encouraging political environment apparently nurtured by Turkey’s Islamist rulers.

Mevlüt Mert Altıntaş, the 22-year-old riot policeman who cold-bloodedly assassinated Russian Ambassador to Turkey Andrei Karlov in Ankara, turns out to have been a frequenter of sermons given by radical cleric Nurettin Yıldız at a mosque in Ankara’s Hacıbayram neighborhood, a known bastion for a radical religious network that raises militants. Hürriyet reported that the assassin met the roommates with whom he shared two different flats in Ankara in these circles. Both a police colleague identified as S.Ö., with whom he shared the first apartment, and an attorney named S.B., with whom he moved into the second flat, were among attendees of this religious circle. Islamic State in Iraq and the Levant (ISIL) cells in Hacıbayram, a short distance from government buildings in Ankara, was featured by The New York Times on Sept. 15, 2014.

Yıldız is no ordinary cleric. He is very close to Erdoğan’s family, and the government provides him with VIP treatment when he travels the country to deliver Salafist sermons. This man publicly advocated the marriage of 6-year-old girls at a conference on Jan. 23, 2013 and got away with it despite a criminal complaint filed against him that was later dropped by the prosecutor in March 2015 under government pressure. He was the keynote speaker at the summer camp that was run by Erdoğan’s family foundation in August, attended by 78 selected young men in a secluded wooded area of Istanbul’s Tuzla district. The Turkey Youth Foundation (TUGVA) was set up in 2013 and is managed by Erdoğan’s family and circle of friends. President Erdoğan’s son Bilal serves on the Advisory Council board, while his daughter Sümeyye runs promotional campaigns, inaugurating branches in various Turkish provinces. The president of the foundation, İsmail Emanet, is a very close friend of Bilal. The foundation’s real mandate is to shape educational policies in Turkey and expose young people to Islamist ideologies.

Yıldız himself admitted his connection to jihadist groups in Syria in a letter he wrote right after the leader of Ahrar al-Sham, Hassan Abboud, also known by the nom de guerre Abu Abdullah al-Hamawi, was killed in September 2014 in a suicide attack on a high-level meeting in Syria’s Idlib province. In the letter dated Sept. 10, 2014, Yıldız recalls how he made a trip to Idlib to meet Abu Abdullah and how they discussed the jihadist fight against infidels. He described the killing of Abu Abdullah as “a great loss to the cause,” regretting that his invitation to host him in Istanbul had not come to fruition.

According to investigation details, another link has emerged connecting the murderer of the Russian envoy to a Salafist network in Turkey that is closely aligned with the Nusra Front. Altıntaş reportedly met Murat Oduncu, a known operative with Nusra-affiliated group the Kurtuba (Cordoba) Youth Movement a year ago. A day after the assassination, Oduncu wrote on Twitter that the assassin contacted him a year ago, saying he had been a long-time follower of his. He said he met him over tea and that they discussed Syria. He even urged the assassin to get a position in the police department’s special operations rather than the riot police.

Kurtuba has been active in Turkey for some time, freely advertising on social media with ISIL and Nusra symbols, running its own Turkish websites and promoting radicalism. It was among the radical networks that Erdoğan mobilized in Turkey in the aftermath of the failed coup of July 15. They were recorded in front of Erdoğan’s palace while delivering promotional material on radical ideology without any interference from the president’s security detail. In their leaflets, they adore Osama bin Laden, demonize Muslim cleric Fethullah Gülen and run vitriolic anti-Western slogans.

The group’s members were investigated and some even arrested for links to both ISIL and the Nusra Front, but they were spared from the real crackdown, with the full weight of the criminal justice system not applied to the network under political cover provided by Erdoğan. They are freely advertising for raising funds to purchase pick-up trucks to send to jihadists in Syria. Interestingly enough, right after the Kurtuba movement launched a social media campaign against the detention of dozens of ISIL and al-Qaeda suspects, in November 2015, many suspects including leading ISIL figures were released.

The psychological profile of the assassin Altıntaş perfectly fits the profile of the anti-social people ISIL and al-Qaeda terror groups so easily exploit. A close relative told the Hürriyet daily that Altıntaş stopped watching TV, became unwilling to have his picture taken and mostly kept to himself, especially after he started attending the cleric Yıldız’s sermons. Perhaps religious circles like that of Yıldız are conduits or a sort of enabler/facilitator for more radical groups to get alienated young people hooked up with their extremist ideology.

This rapid transformation that Altıntaş went through while attending the religious sermons provided by a cleric close to Erdoğan is something that needs to be studied carefully. Panicked by Russian wrath over the killing of its ambassador, perhaps Erdoğan rushed to find a scapegoat for this murder. Gülen, his vocal critic, has been scapegoated before for Erdoğan’s own troubles, especially during the corruption scandals and the abortive coup. Now he has been victimized again and portrayed as somebody who is allegedly connected to the assassin. Yet nobody is buying that argument. The Kremlin made clear it is too early to declare the real culprits behind the murder and rejected Turkish Foreign Minister Mevlüt Çavuşoğlu’s remarks on Gülen’s complicity.