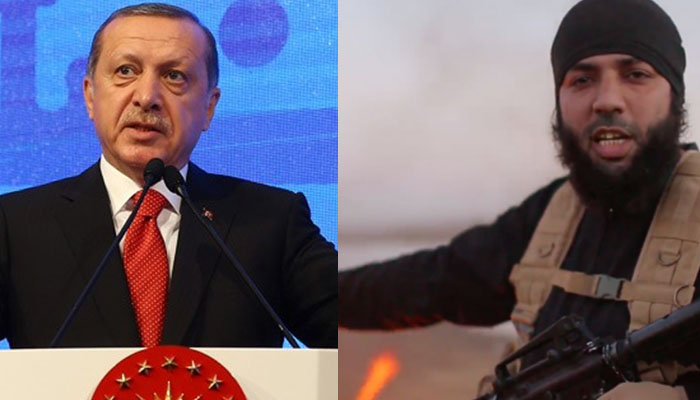 After a video emerged in which the Islamic State in Iraq and the Levant (ISIL) allegedly burned alive two Turkish soldiers who it took hostage three weeks ago in the al-Bab region of northern Syria, President Recep Tayyip Erdoğan has kept quiet while the main opposition is demanding a response about the fate of the soldiers.

Republican People’s Party (CHP) Chairman Kemal Kılıçdaroğlu on Friday urged the government to respond to ISIL’s claims of burning two soldiers alive. However, President Erdoğan, who is notorious for making statements on almost every issue, kept quiet on this incident, which provoked public outrage on Thursday night.

Erdoğan, however, said the joint military operation of the Turkish Armed Forces and the Free Syrian Army was about to take over the town of al-Bab in northern Syria.

Earlier on Friday, a CHP deputy, Özgür Özel, submitted a petition to the Prime Ministry, the chief of general staff and the Ministry of Defense demanding confirmation on the authenticity of the ISIL video. The CHP urged a response on the same day to inform the public.

Turkey’s Defense Ministry has announced that it would examine the authenticity of a video released by ISIL on Thursday showing two Turkish soldiers being burned to death.

Speaking to BBC’s Turkish-language service, ministry officials said they would make a public statement after determining whether the video released by ISIL is authentic.

A news agency linked to ISIL said on Nov. 29 that ISIL forces had taken two Turkish soldiers captive in al-Bab. Photos and a video allegedly of the two soldiers were shared online on ISIL accounts late on Thursday. Solhaber has identified the soldiers as Fethi Şahin and Sefer Taş. The family of Taş said on Friday that they have not been contacted by officials and that they are hoping their son is alive.

The video came a day after 16 Turkish soldiers were killed and 31 sustained injuries in ISIL attacks in al-Bab.

With the latest casualties, the total number of Turkish soldiers killed since August in Turkey’s Operation Euphrates Shield has reached 37, with 31 wounded.

The military said on Wednesday that it had killed 138 terrorists and destroyed 67 ISIL targets in al-Bab.

As part of Operation Euphrates Shield, Turkey sent tanks across the border to help Syrian rebels drive ISIL from the border city of Jarabulus on Aug. 24, in a dramatic escalation of its involvement in the Syrian civil war.