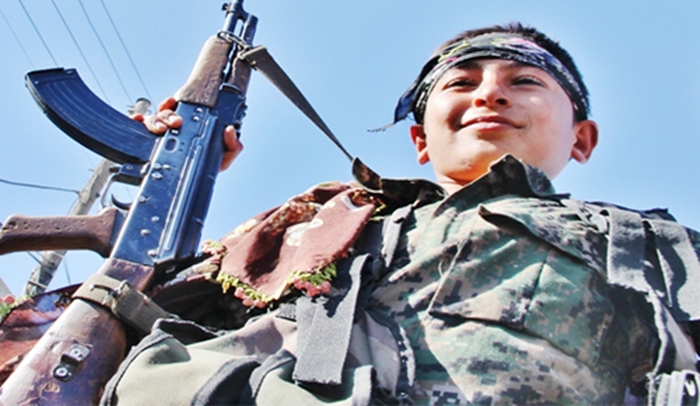 The New York-based Human Rights Watch (HRW) has called on the Kurdistan Workers’ Party (PKK) to stop recruiting child soldiers and to punish commanders who are responsible for such a crime.

According to a report drafted after trips to northern Iraq, an HRW team detected 29 Iraqi Kurdish and Yazidi child soldiers in the People’s Defense Force (HPG) and Sinjar Resistance Units (YBŞ), which operate under the PKK.

The HRW report stated that even if these child soldiers are not involved in actual fighting, the PKK risks their lives by training them in areas under air strikes.

The report was drafted after interviews with 58 people including a girl who said she came from Turkey.

The HRW pointed out that it is a war crime to involve children under 15 in a conflict and that the participation of minors under 18 is banned by international law.

HRW also urged the Iraqi government to put pressure on the YBŞ to end the recruitment of children since the forces are paid by Iraq.

In 2014, families in Diyarbakır, Turkey, held protests against the PKK demanding the return of their children from within the terrorist organization.