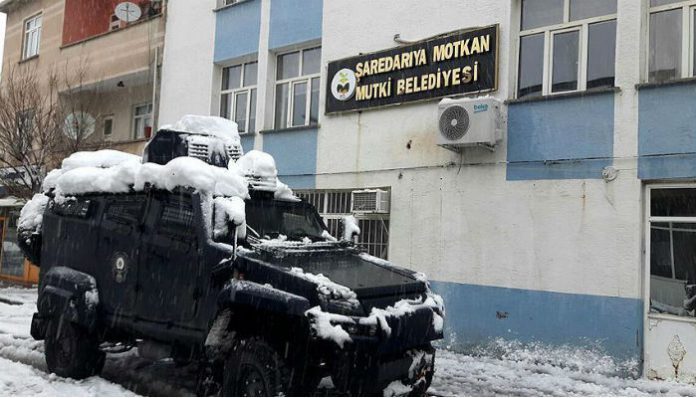 Three district mayors from the pro-Kurdish Democratic Regions Party (DBP) in the eastern province of Bitlis who were detained on Dec. 14 as part of a terrorism probe were arrested on Wednesday.

Hizan Mayor İhsan Uğur, Mutki Mayor Özcan Birlik and Yolalan Mayor Felemez Aydın were detained as part of an operation against the outlawed Kurdistan Workers’ Party (PKK) and the Kurdistan Communities Union (KCK), according to a statement from the Bitlis Governor’s Office.

Turkey has stepped up its crackdown on Kurdish politicians in recent months. Trustees have been appointed to dozens of municipalities in the country’s predominantly Kurdish Southeast, while Turkish courts in November arrested 10 pro-Kurdish Peoples’ Democratic Party (HDP) deputies including the party’s co-chairs. Two more HDP deputies were also arrested earlier this month, bringing the total number of arrested HDP deputies to 12.