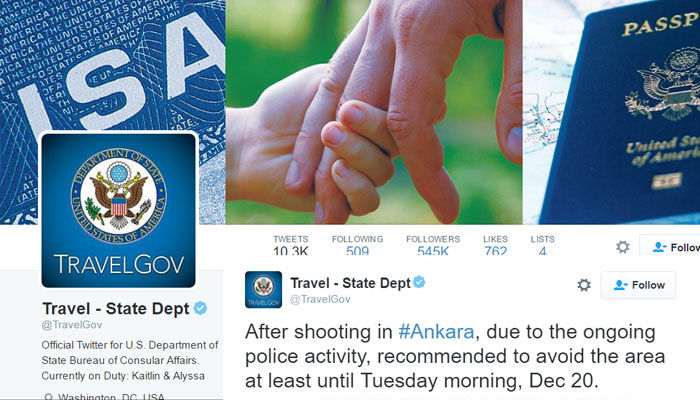 A man identified only as Şahin S. fired several gunshots into the air outside the US Embassy in Ankara a few hours after the assassination of the Russian ambassador at an art gallery in the same district of Çankaya on Monday evening.

Police near the US Embassy detained Şahin S., who shouted “I swear to God, don’t play with us” as he was being put in a police car, and took him to the Ankara Police Station for questioning after seizing his rifle.

No one was hurt by the gunshots.

Meanwhile, the State Department warned US citizens in Turkey to avoid the area near the embassy until further notice.

“Reports of shooting near US Embassy Ankara, #Turkey- US citizens advised to avoid Embassy area until further notice,” the official Twitter account for the US State Department Bureau of Consular Affairs tweeted.