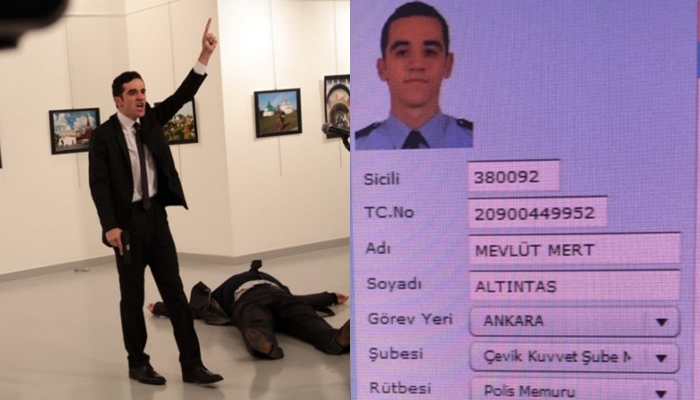 The gunman who assassinated Russian Ambassador to Turkey Andrei Karlov on Monday evening at an art gallery was a Turkish police officer, a fact confirmed by Minister of Interior Süleyman Soylu. The officer has been identified as Mevlüt Mert Altıntaş, born in 1994 in Turkey’s western province of Aydın.

His graduation photo from the İzmir Rüştü Ünsal police academy has been circulating on social media. The gunman, who was serving in the Special Forces department in Ankara, reportedly shouted “Only death can take me from here” as he protested Russian involvement in Aleppo with slogans in both Turkish and Arabic. He vowed revenge against “all who have a part in the oppression,” in reference to Syria.

The gunman joined the police force in 2014 and was allegedly affiliated with the Turkish wing of the al-Nusra Front, although this has not yet been confirmed. A staunch pro-government journalist, Abdulkadir Selvi, said while live on CNNTürk that the gunman repeated a slogan of the al-Nusra Front, saying “We obey the jihadist order.”

Turkish officials have not yet made an official statement on the identity of the attacker although Reuters reported it.