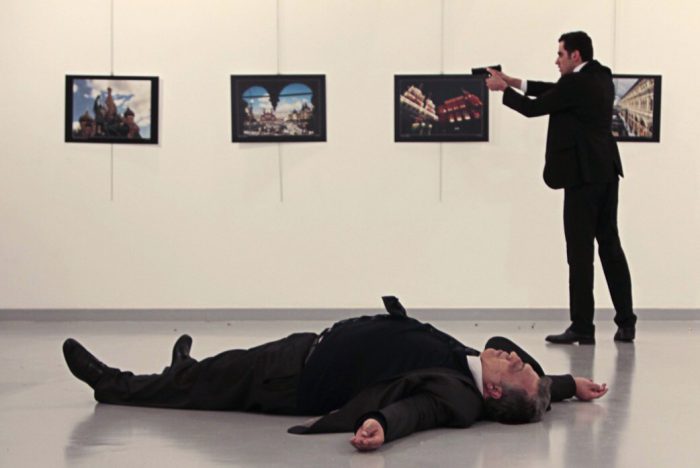 Russian media has reported that Russian Ambassador to Turkey Andrei Karlov, shot in the back by a gunman while speaking at an art gallery in Ankara on Monday, has died of his wounds at a local hospital.

The gunman, who according to a Hürriyet correspondent speaking to CNNTürk entered the building using a police ID, has reportedly been killed.

Interior Minister Suleyman Söylu has arrived at the scene of the attack, where gunfire rang out for some time after the shooting but has now stopped, according to Reuters.

The ambassador had made some comments about the situation in the Syrian city of Aleppo during his speech, and his assailant was reported to have shouted words about Aleppo and “revenge” as well as Islamist slogans.

The attack comes at a time when Turkey is being governed under a state of emergency, declared by the government after a failed coup attempt on July 15.