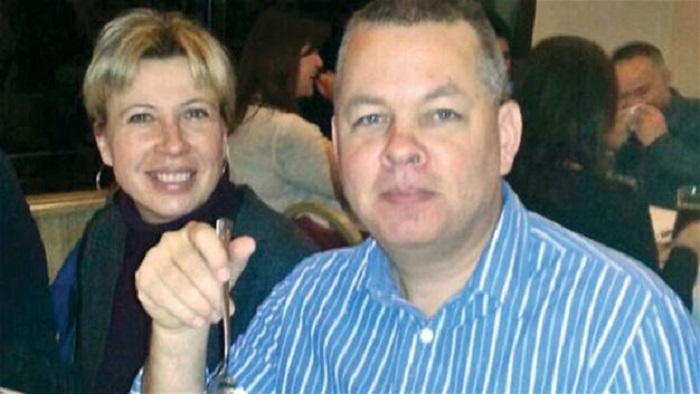 A lawyer representing the family of Andrew Craig Brunson, pastor of a Protestant church in İzmir who was arrested Friday after being detained in October, said Turkey’s government “led by an Islamic party” has now started targeting Christians as part of a crackdown on dissent and minorities following a failed coup in July.

Speaking with FoxNews.com in an exclusive interview on Wednesday, lawyer Jordan Sekulow, executive director of the American Center for Law and Justice, which is representing Brunson’s family, said Rev. Brunson is being held in Turkey on false terrorism-related charges and that his life is in danger.

On Dec. 9, a court in İzmir ruled for the arrest of American pastor Brunson, a 23-year resident of Turkey, on charges of links to the Gülen movement, which is accused by the government of masterminding the failed coup on July 15.

Forty-eight year-old Brunson and his wife Norine were detained in İzmir on Oct. 7 under Interior Ministry deportation orders. Although his wife was released on Oct. 19 and given permission to remain in Turkey, Rev. Brunson had been held at a detention center in Izmir.

The court ruled for the arrest of the American cleric on charges of “posing a threat to national security.” Brunson had survived an attack in 2011 while in the garden of a church in İzmir.

“The government of Turkey – led by an Islamic party – has begun increased crackdowns on Christians, and Pastor Andrew, if convicted, may face years in prison based on extremely serious – and false – charges,” said Sekulow.

Brunson’s family in a statement on Wednesday called the charges against him “unfounded” and “shocking” and demanded his immediate release.

“Andrew’s strong faith has always been at the center of his life and that has never been more evident than his pastorship in Turkey. His love and concern for the people of Turkey is unmistakable, as he has dedicated 23 years of his life serving them,” the family said.

The Brunson family has launched a global campaign to call attention to his plight, demanding that Turkey release the pastor, and according to the family, the US State Department as well as a member of Congress have been quietly negotiating with Turkish authorities for his release over the last several weeks, Sekulow told FoxNews.com.