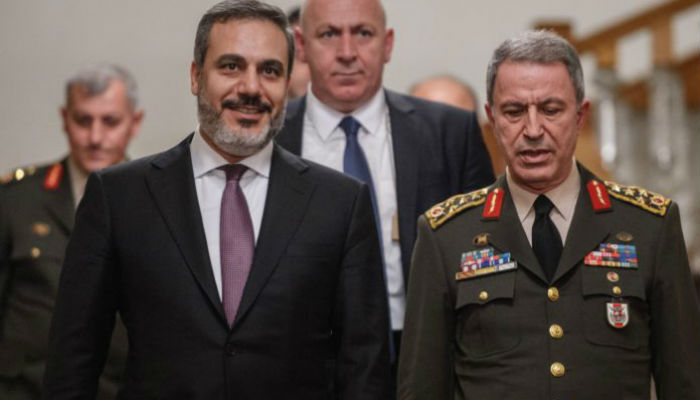 Reşat Petek, chairman of the parliamentary Coup Commission, which was set up to investigate a failed coup attempt in Turkey on July 15, has prevented a vote on a motion to have National Intelligence Organization (MİT) Undersecretary Hakan Fidan and Chief of General Staff Gen. Hulusi Akar testify to the commission.

Petek, a Justice and Development Party (AKP) deputy, refused to answer questions of commission members from the Republican People’s Party (CHP) and the Nationalist Movement Party (MHP)as to whether or not Fidan and Akar would appear before the commission.

CHP deputy Aykut Erdoğdu, who was angered by Petek’s objection to the vote on the motion, said, “This is the coup; if the coup had taken place, this would have happened.”

The commission on Nov. 24 also declined to hear the testimony of the allegedly putschist general Mehmet Dişli, the brother of a senior ruling AKP politician, due to the “nay” votes of the commission members from the AKP.

The CHP’s Erdoğdu said on Dec. 3 that the AKP was trying to obscure the realities behind the failed coup attempt because the commission is being prevented from doing its job by “hidden hands.”

The members of the commission from the AKP also refused to hear the testimony of military officers who bombed the parliament building on July 15.

Petek said in an earlier statement that the commission has so far been unable to hear Chief of General Staff Gen. Akar over the coup attempt because he is busy commanding wars on multiple fronts.

Petek also underlined that the commission needs to obtain permission from the prime minister in order to hear the testimony of MİT head Fidan concerning the coup attempt, which claimed the lives of 240 people and injured a thousand others.