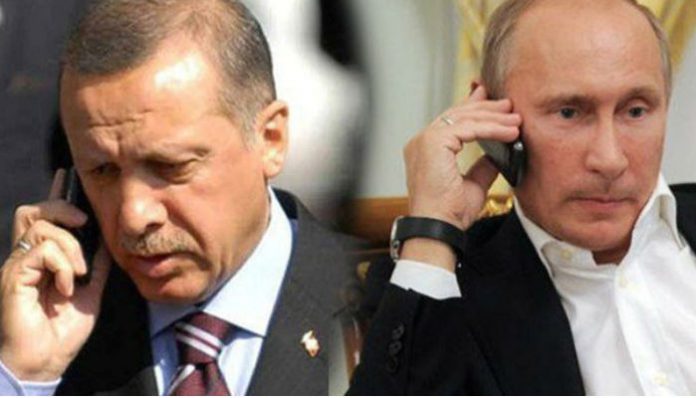 President Recep Tayyip Erdoğan and Russian President Vladimir Putin agreed during a phone call on Wednesday to push for the evacuation of civilians from Aleppo, the state-run Anadolu news agency reported.

Presidential sources told Anadolu that the leaders agreed on the complete realization of the partial cease-fire agreement reached by Turkey and Russia late on Tuesday.

“The leaders underlined the need for preventing the violation of the agreement. The leaders also confirmed a decision for joint efforts for an immediate start of the evacuation of civilians and opposition by means of safe corridors,” reported Anadolu.

A deal that Moscow and Ankara reached on securing a cease-fire and the evacuation of civilians and rebels from Aleppo on Tuesday failed to be put into practice as Syrian forces struck the last rebel-held part of the city on Wednesday.

According to the report Erdoğan also underlined that Turkey is ready to take all measures for humanitarian aid and the temporary housing of civilians if safe corridors are opened for the evacuation of Aleppo.

Rebel defenses in Aleppo collapsed on Monday, leading to a broad advance by the Syrian army across more than half of the remaining insurgent pocket in the city and a retreat of opposition fighters to a few districts.Turkey has been in contact with Russia about the situation in Aleppo.

In the meantime, the Russian Foreign Ministry said in a statement that Lavrov told US Secretary of State John Kerry in a phone conversation that Damascus had long been prepared to let militants exit Aleppo but that they had refused a cease-fire, Sputnik reported on Wednesday.