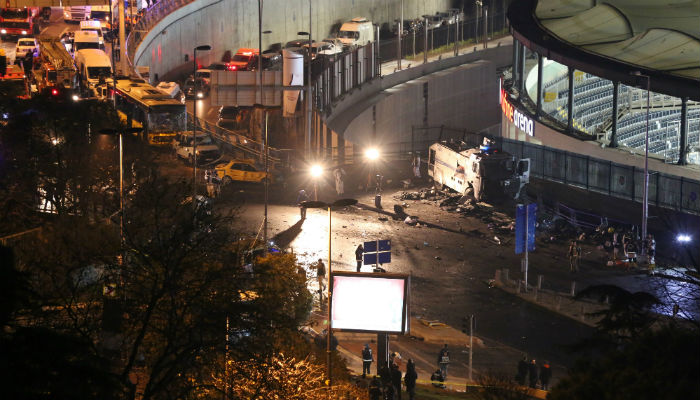 Co-chairperson of the pro-Kurdish Peoples’ Democratic Party (HDP) Selahattin Demirtaş, who was jailed last month along with nine deputies from his party, has said in a message sent from prison that he condemns the “merciless massacre” that took place in İstanbul on Saturday.

An offshoot of the Kurdistan Workers’ Party (PKK) on Sunday claimed responsibility for twin bombings that killed 44 people and wounded more than 160 outside Vodafone Arena in the Beşiktaş district of İstanbul on Saturday.

In his message Demirtaş underlined the importance of continuing to defend peace.

“I am inviting the entire society, our people, to stand together with hope against violence and for peace, brotherhood, democracy and freedoms. No matter how difficult our circumstances, we should not give up defending peace, which we consider sacred, or lose hope,” said Demirtaş in his message.

Demirtaş along with the HDP’s other co-chairperson, Figen Yüksekdağ, and eight other deputies were arrested last month on the grounds that they refused to testify in court as part of a terrorism probe.