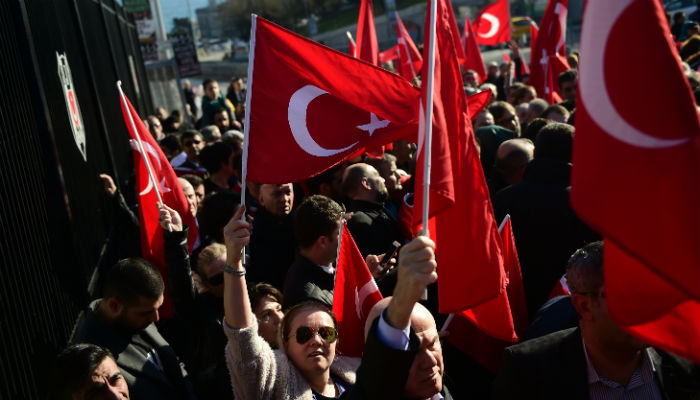 Thousands of people took part in a march in İstanbul on Sunday, protesting against terrorism, after the city was hit by twin terrorist attacks on Saturday evening that claimed the lives of 38 people and injured 166 others.

The explosions, triggered by a car and suicide bomber less than one minute apart, struck outside the Beşiktaş football team’s stadium less than two hours after a match had finished on Saturday evening.

The march began at the İstanbul Police Department, where a funeral ceremony was held for five of the 30 police officers who were killed in the attacks and ended in Beşiktaş, where Saturday’s explosions took place.

Republican People’s Party (CHP) supporters and deputies also took part in the march, carrying a banner which in English read, “We will not get used to terrorism.”

The march was organized by the Turkey Democracy Platform.