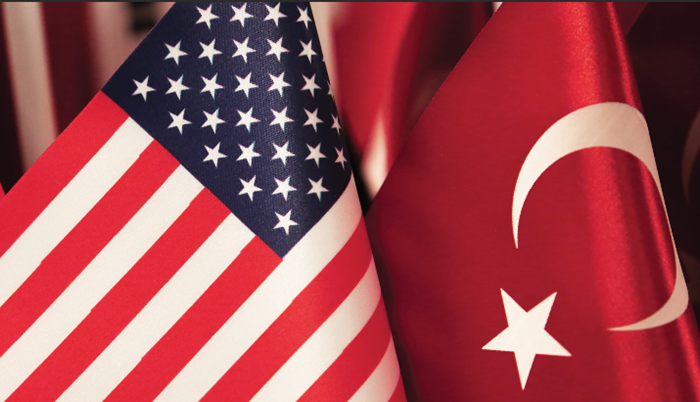 A Washington based think tank, the Bipartisan Policy Center (BPC), has recommended that the US administration not appease an increasingly oppressive President Recep Tayyip Erdoğan and not confuse strengthening Erdoğan with Turkey’s stability.

The report, titled “Beyond the Myth of Partnership: Rethinking U.S. Policy Toward Turkey,” stated that “rather than appeasing and enabling Erdoğan’s behavior, Washington must instead tackle the structural and domestic factors that drive it.” The report found that Turkey’s foreign policy has been largely about securing the government’s power at home by growing authoritarian measures. According to the BPC, Turkey’s war against the Kurdistan Workers’ Party (PKK), its extension of this war into Syria and its campaign against Muslim cleric Fetullah Gülen are all part of this agenda.

The BPC report also urged that Washington question the myths about the usefulness of Turkey’s alliance with the US. According to the report, the Turkish-US relationship is unlikely to yield any strategic benefit as Erdoğan’s anti-Americanism is persistent. Amid reports in the pro-Erdoğan media that directly blames the US for the failed coup of July 15, the BPC also stated that beneath the battle over the extradition of Gülen lies the more deeply problematic fact that many within the Turkish government, perhaps including Erdoğan himself, sincerely believe that Washington was behind July 15.

However, the BPC does not recommend that the new administration return Gülen to Turkey since “if the United States were to return Gülen to Turkey, Erdoğan would in time most likely find new public enemies.” Similarly, the BPC argues that “if the United States were to cut off aid to Syrian Kurdish groups, Ankara would only be more aggressive in its attempts to confront them.” According to the BPC, it is important to perceive such seeming sources of confrontation in relations with Turkey as symptoms of a breakdown as much as causes.

The detailed report, which is available on the BPC website, calls on US policy makers to quit the “self-fulfilling belief that Washington has greater need of Ankara than Ankara does of Washington.”

While recognizing the lingering conflict between the two countries, the BPC report points out that by fueling social divisions, turning a blind eye to the Islamic State in Iraq and the Levant (ISIL), strengthening anti-Western hostility and corruption, Erdoğan has helped “sow the seeds of domestic conflict.” The BPC recommended that the incoming administration focus on the erosion of Turkish democracy.

The BPC report also suggested that Washington and Ankara are no longer allies despite Turkey’s central role in some of the challenges of US foreign policy.