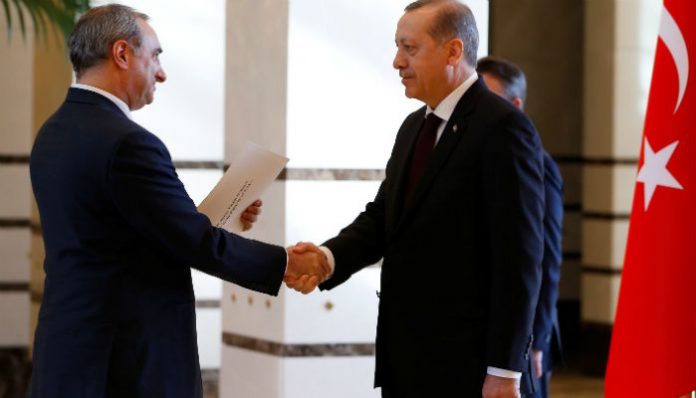 Eitan Naeh, Israel’s new ambassador to Turkey, presented his credentials to Turkish President Recep Tayyip Erdoğan during a ceremony at the presidential palace in Ankara on Monday.

Turkey and Israel normalized relations in August after the Turkish Parliament approved a deal in June for Israel to pay $20 million in compensation to victims on board the Mavi Marmara.