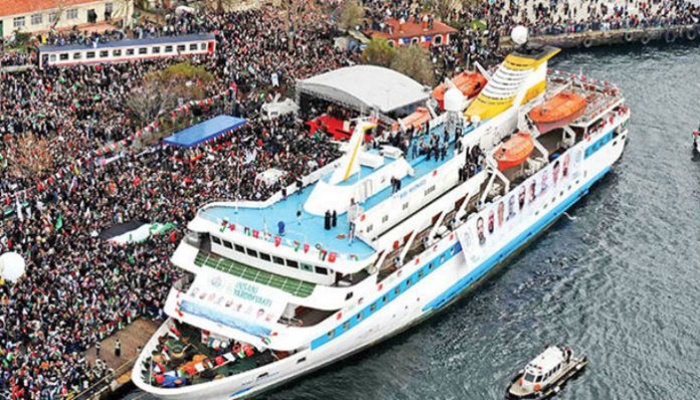 A public prosecutor on Friday asked a high criminal court in İstanbul to dismiss the trial of suspects in connection to an Israeli raid on a Gaza-bound flotilla in 2010 because Turkey and Israel have signed a reconciliation agreement.

During Friday’s hearing at the İstanbul 7th High Criminal Court, the prosecutor asked the court to drop the case because Turkey and Israel signed a reconciliation agreement over the flotilla raid.

Turkey and Israel normalized relations in August after the Turkish Parliament approved a deal for Israel to pay compensation to victims of the 2010 assault on the Mavi Marmara, a ship carrying humanitarian aid to the besieged people of Gaza.

In September, Israel deposited $20 million in the account of the Turkish Ministry of Justice as compensation for victims of the Mavi Marmara flotilla.