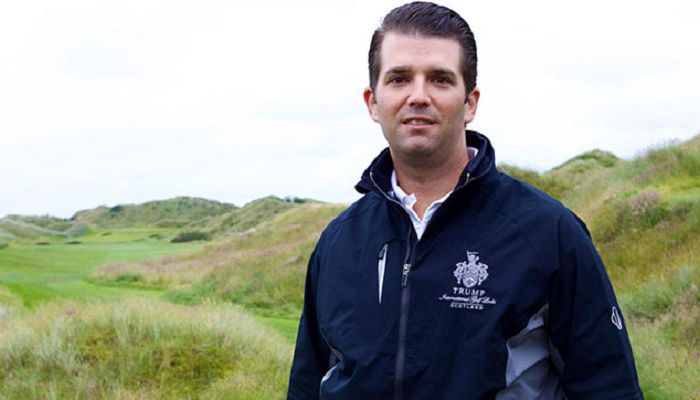 According to a story from the Doğan news agency on Wednesday, Trump Jr., 38, went hunting near the resort city of Antalya along Turkey’s southern coast accompanied by several guides and shot two wild goats.

Trump Jr. was the target of criticism during the US election for posing next to a dead elephant and buffalo.

It was recently revealed that Trump’s top security adviser, retired Gen, Michael Flynn’s security consulting company, Flynn Intel Group, filed a lobbying disclosure which states that Flynn’s firm will advise Innova BV, a firm based in Holland and owned by Ekim Alptekin, an ally of Erdoğan and also chairman of the Turkish American Business Council, on US domestic and foreign policy and congressional appropriations bills for the State Department.

Most interestingly, Flynn wrote an op-ed for Washington-based The Hill on Nov. 8, just hours before Trump was declared president-elect, in which he repeatedly praised Erdoğan and called on the next president of the US to extradite US-based Turkish scholar Fethullah Gülen to Turkey since Erdoğan accuses him of masterminding a failed coup in Turkey on July 15.

The Turkish government and President Erdoğan have designated the faith-based Gülen movement, inspired by Gülen and operating charities, schools and businesses around the world, as a terrorist organization and have launched a widespread crackdown on suspected members since the failed coup. More than 115,000 have been dismissed from state jobs, close to 73,000 detained and over 32,000 arrested by Turkey over links to Gülen.