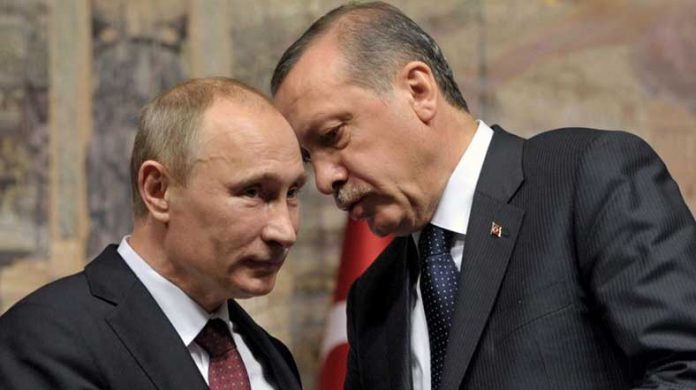 President Recep Tayyip Erdoğan clarified his remarks that Turkish troops were in Syria to end the rule of President Bashar Al Assad, during a phone call with Russian President Vladimir Putin on Wednesday, the Kremlin announced on Thursday.

In a speech on Tuesday Erdoğan said: “We are there [Syria] to bring justice. We are there to end the rule of the cruel Assad, who has been spreading state terror.

The Kremlin said on Wednesday that the statement by Erdoğan had come as a surprise to Moscow and that it expected an explanation from Ankara.

“The announcement really came as news to us. It is a very serious statement and one which differs from previous ones and with our understanding of the situation. We hope that our Turkish partners will provide us with some kind of explanation about this,” Kremlin spokesman Dmitry Peskov told reporters on a conference call as reported by Reuters.

According to the statement from the Kremlin on the phone conversation between the two leaders, Putin conveyed his condolences for schoolgirls killed in a fire in a girls dormitory in Adana on Tuesday night.

“The presidents discussed current issues of Russian-Turkish relations, including bilateral contacts at different levels in the near future. They continued their detailed exchange of views on Syria, including the developments in Aleppo.”