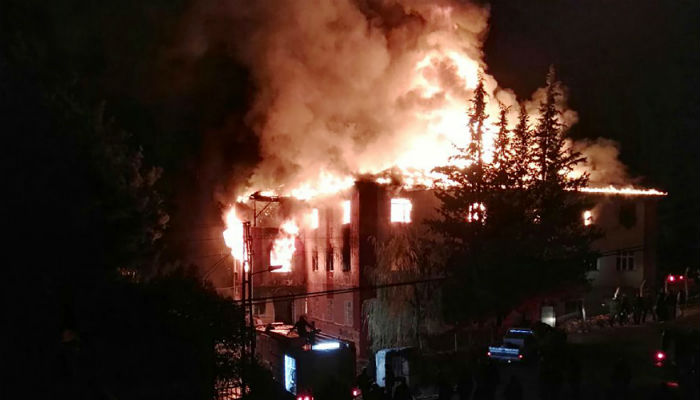 Fourteen people including the manager of a dormitory where 12 people died in a fire that broke out in the southern province of Adana on Tuesday evening have been detained.

The detainees also include three instructors and a janitor. Three prosecutors have been assigned to oversee the investigation into the fire.

Ten schoolgirls, an instructor and a four-year-old child lost their lives while at least 22 others were injured in the fire in the dormitory located in Adana’s Aladağ district. The four-year old child was reportedly the daughter of the dormitory manager.

According to preliminary findings the fire was caused by an electrical fault in the building, where 34 female students from low-income families reside, Adana Governor Mahmut Demirtaş told the media.

Television footage showed a blaze rising from the rooftop of a multi-storey building and teams of firefighters working to put it out.

Demirtaş said some students were injured when they jumped from windows to escape the fire.