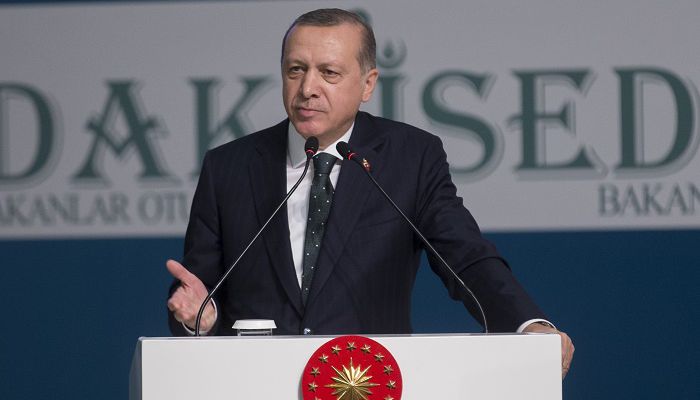 Turkish President Recep Tayyip Erdoğan said on Tuesday that an operation Turkey launched in Syria in August with the help of Syrian rebels was aimed at overthrowing the regime of Syrian President Bashar al-Assad.

“We entered Syria in order to end Assad’s rule,” Erdoğan told a symposium in İstanbul.

As part of Operation Euphrates Shield, Turkey sent tanks across the border to help Syrian rebels drive the Islamic State in Iraq and the Levant (ISIL) from the Syrian side of the border in August in a dramatic escalation of its involvement in the Syrian civil war.

Turkey, which cut off relations with Syria in 2011 when a civil war broke out in the country, has been a vigorous supporter of the removal of the Assad regime.

In an interview with Portugal’s RTP state television earlier this month, Syrian President Assad described Erdoğan as a megalomaniac and a sick person when asked about Erdoğan’s comments on his interest in Aleppo and Mosul.

“You’re talking about a sick person; he’s megalomaniac president, he is not stable. He lives in the Ottoman era, he doesn’t live in the present. He’s out of touch with reality,” the Syrian president said.

Once allies, relations between Erdoğan and Assad were strained and subsequently collapsed following the beginning of the civil war in Syria.