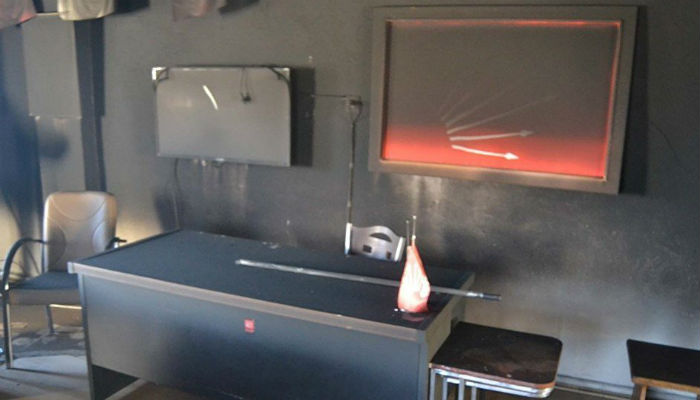 A building housing the Hacılar district branch of the Republican People’s Party (CHP) in the central province of Kayseri was severely damaged in an arson attack on Saturday night, according to a party official.

In a message from his Twitter account on Sunday, CHP Ankara deputy Tekin Bingöl wrote: “Our district branch in Hacılar became the victim of an arson attack by shadowy hands last night. The party responsible [for the attack] is the government, which is spreading hatred.”

One person has been detained by Kayseri police in connection with the attack.