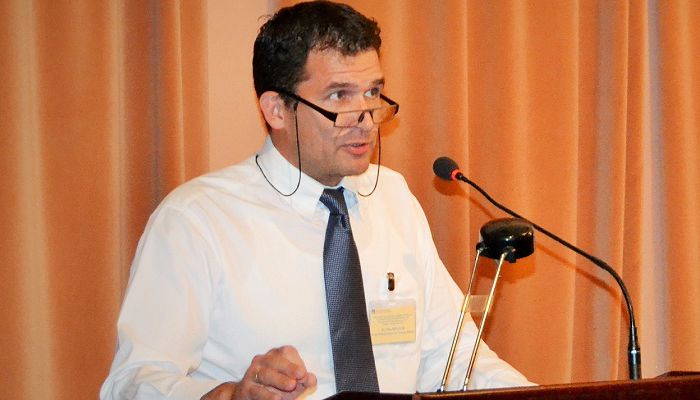 United Nations Special Rapporteur on Torture Nils Melzer will be in Turkey from Nov. 27 to Dec. 2 at the invitation of the Turkish government where he will also pay visits to prisons and pre-trial detention facilities amid allegations of torture, maltreatment and rape against detainees in the aftermath of a failed coup attempt in Turkey.

In a statement on Thursday Melzer said, “I look forward to engaging with the Turkish Government on how to meet the challenges of upholding the rule of law, promoting accountability, and fulfilling the right of reparations for victims, in particular in the aftermath of the attempted coup in July of this year.”

Melzer, a former Red Cross and Swiss official, currently works at the Geneva Academy of International Humanitarian Law and Human Rights. He took up the independent UN role this month, succeeding Juan Mendez, whose fact-finding mission to Turkey scheduled for October was canceled by the Turkish government.

Mendez, in a statement at the time, voiced deep disappointment, citing the need to investigate “allegations of severe overcrowding and poor conditions in many detention centers throughout the country.”

“Independent monitoring of the situation in places where individuals are deprived of their liberty is a crucial safeguard against ill-treatment and torture,” he said.

The cancellation of the UN inspector’s visit to Turkey in October came just weeks after Turkey’s National Police Department was accused of having removed evidence of torture and ill-treatment of post-coup detainees prior to the official visit of a delegation from the Committee for the Prevention of Torture (CPT).

Amnesty International stated in September that it had collected credible evidence that detainees in Turkey are beaten, tortured and on some occasions raped in official and unofficial detention centers across the country, on July 24.

In the aftermath of an attempted coup on July 15, the state-run Anadolu news agency unabashedly shared photos of tortured soldiers who had been detained over their alleged involvement in the coup bid. The media also reported that several detainees have recently committed suicide while in prison.

Turkey has sacked or suspended more than 115,000 officials in the military, civil service, judiciary and elsewhere since the failed coup attempt in July. While more than 78,000 have been detained, about 36,000 have been arrested pending trial on charges of links to the coup attempt, in a crackdown condemned by Western allies, activist groups and the UN human rights office.