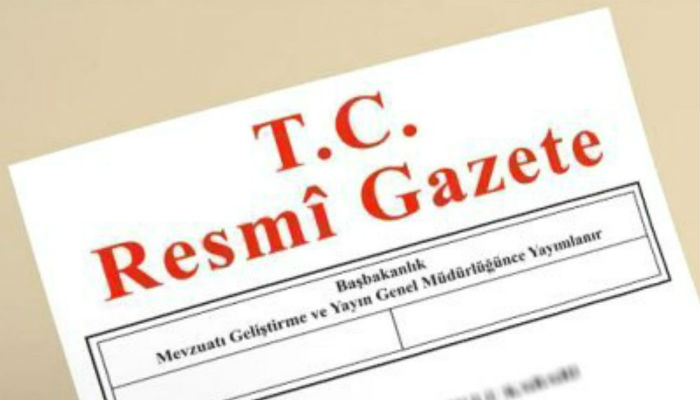 As part of new state of emergency decrees issued on Tuesday, the Turkish government dismissed more than 15,000 public servants, including 1,988 from the military, 7,586 from police force and 5,749 from other state institutions, over links to a failed military coup on July 15.

The decrees, which have the force of law, were published in the Official Gazette on Tuesday.

According to the two new decrees, numbered 677 and 678, a total 9,574 staff members, including 1,988 from the Turkish Armed Forces (TSK), and 7,586 from the Security General Directorate including police chiefs, have been permanently dismissed for allegedly “being members of terrorist organizations or organizations [or] groups that were listed by the National Security Council as acting against the security of the state.”

Moreover, a total of 5,749 public servants working at various ministries, the Higher Education Board (YÖK), the Supreme Board of Judges and Prosecutors (HSYK) and other state institutions have been suspended due to their alleged links to the Gülen movement, a civil society movement accused by Turkey’s government and President Recep Tayyip Erdoğan of masterminding the coup attempt in Turkey on July 15.

In line with the new decrees, 550 foundations, nine media outlets, including seven local newspapers, one magazine and one local radio station, and 19 private hospitals have also been shut down over alleged links to the Kurdistan Workers’ Party (PKK)/Kurdistan Communities Union (KCK), the Gülen movement or the far-left Revolutionary People’s Liberation Party/Front (DHKP/C).

The number of media outlets which have been closed down since July 15 has exceeded 170.

In addition, 157 people who were dismissed from their jobs through previous decrees were returned to their posts in accordance with the new decrees.

The new decrees also made it impossible for people whose workplaces were closed down by the government through emergency decrees to request severance pay resulting from their dismissal.

Moreover, individuals who were jailed as part of post-coup investigations will not be allowed to take national examinations in the country as long as the state of emergency continues according to the new decrees.

A state of emergency declared on July 20 in the wake of the coup attempt has made it possible for the government to press ahead with such controversial decrees, which are also known as KHKs, in a bid to punish coup supporters. These decrees are not required to be approved by Parliament to go into force.

The Turkish government and President Erdoğan have designated the Gülen movement, operating charities, schools and businesses around the world, as a terrorist organization and have launched a widespread crackdown on suspected members since the failed coup.

With previous decrees, the government has closed down more than a thousand schools, foundations and other organizations that have alleged links to the Gülen movement.

As part of the crackdown on the movement, more than 110,000 people have already been purged from state bodies, in excess of 80,000 detained and over 36,000 have been arrested since the coup attempt. Arrestees include journalists, judges, prosecutors, police and military officers, academics, governors and even a comedian. Critics argue that lists of Gülen sympathizers were drawn up prior to the coup attempt.