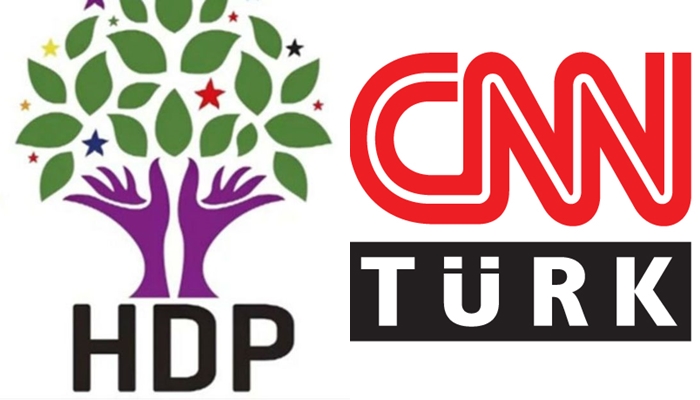 Turkey’s pro-Kurdish Peoples’ Democratic Party (HDP) has filed a complaint against the Turkish affiliate of CNN for violation of universal journalistic standards in its coverage and for systematically denying the party the right to respond.

CNN Türk, which is owned by Turkey’s Doğan Media Group, has been increasingly criticized for turning into a pro-government media mouthpiece despite its perception as being part of the mainstream media.

HDP Co-chair Saruhan Oruç penned a letter to CNN on Monday to ask the network to make a statement about the “partial” broadcasting of CNN Türk.

Ten HDP deputies were recently arrested in a crackdown against the Kurdish opposition in Turkey. According to the HDP, in TV debates discussing the issue CNN Türk does not invite anyone from the party or even allow a phone connection for an HDP representative to respond to allegations. The Turkish government has been accusing the HDP of “terrorist propaganda.”

The letter of complaint said that although CNN Türk denied a request for a phone conversation with HDP spokesperson Ayhan Bilgen, minutes later a governing party deputy was allowed to speak live on the same show, aired Nov. 7.

Since a coup attempt on July 15, CNN Türk has been using the exact same narrative of the government and President Recep Tayyip Erdoğan. In the past, the Turkish media group that owns CNN Türk was fined by the Erdoğan government.

The HDP letter also mentioned the unprecedented crackdown against media in Turkey that has resulted in the imprisonment of nearly 150 journalists and the closure of critical TV stations including children’s channels in a post-coup purge.