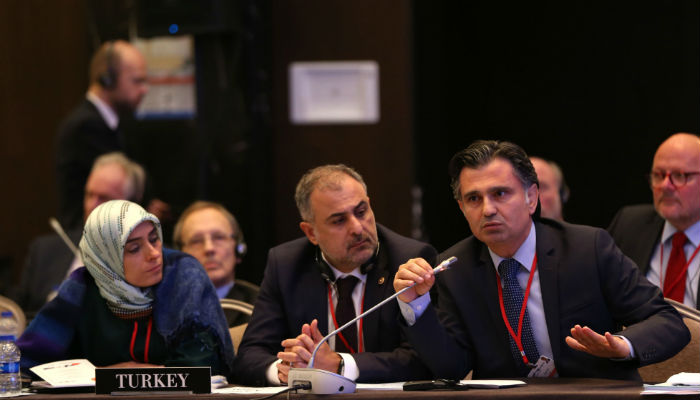 Pro-Kurdish Peoples’ Democratic Party (HDP) deputy ZiyaPir has been elected deputy chairman of a sub-committee of the NATO Parliamentary Assembly, but the deputy faces a travel ban.

Announcing the news from his Twitter account on Sunday, the HDP deputy wrote: “Good grief… I am supposed to travel abroad frequently due to my [NATO] post but I face a travel ban.”

Along with HDP Co-chairs SelahattinDemirtaş and FigenYüksekdağ as well as other deputies from the party, Pir was detained on Nov. 3. He was released on Nov. 4 but court imposed a travel ban on him.

Currently, nine HDP deputies including the party’s co-chairs are behind bars. They were arrested on the grounds that they did not testify in court as part of a terrorism probe.