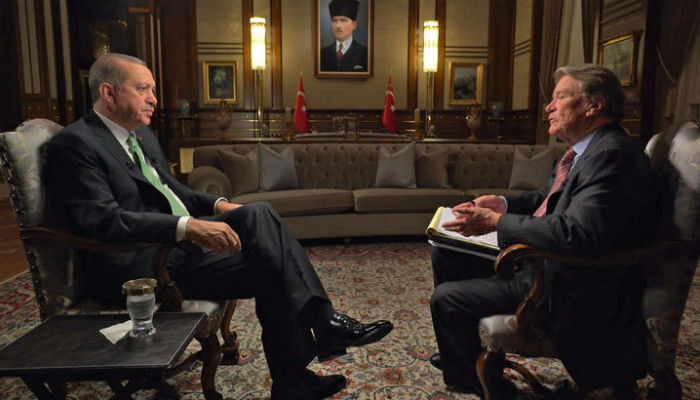 Turkey’s President Recep Tayyip Erdoğan said in a TV interview that he has become disillusioned with US policy during the administration of outgoing US President Barack Obama.

In an interview for “60 Minutes” on CBS, Erdoğan criticized the US for giving sanctuary to and drawing out the extradition process of Turkish Islamic scholar Fethullah Gülen, who is accused by Erdoğan and the Turkish government of masterminding a failed coup attempt on July 15.

Turkey survived a military coup attempt on July 15 that killed over 240 people and wounded more than a thousand others. Immediately after the putsch, the government along with President Erdoğan pinned the blame on the Gülen movement, inspired by the views of Gülen. Gülen strongly denies having any role in the coup attempt.

Erdoğan criticized the US administration for allowing Gülen, who has been living in the US since 1999, to continue his life in the country without facing any legal action.

Since the coup attempt, Erdoğan and Turkish government officials have been calling on the US administration to extradite Gülen to Turkey. The US government, on the other hand, emphasizes the rule of law and demands credible evidence to consider extradition.