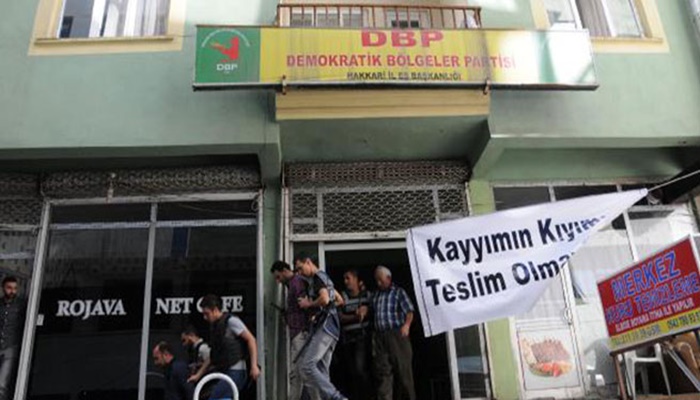 Twenty out of 31 Democratic Regions Party (DBP) members in the southeastern province of Mardin who had been detained last week were arrested on Saturday.

Among those arrested was the party’s provincial co-chairperson in Mardin, Ahmet Eken.

The DBP members were detained following simultaneous raids in their residences as part of an investigation conducted by the Mardin Chief Public Prosecutor’s Office against the terrorist Kurdistan Workers’ Party (PKK) and the Kurdistan Communities Union (KCK).

The detainees were referred to court on Friday where 20 of them were subsequently arrested.

Turkey has also arrested dozens of local Kurdish politicians on terrorism charges. The DBP is the local affiliate of the HDP.