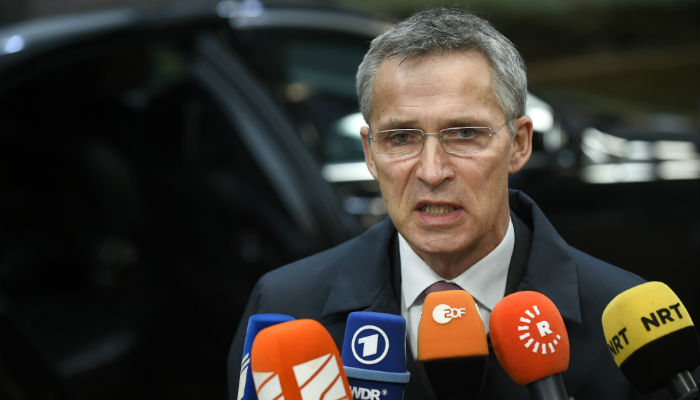 Some members of the Turkish military who were posted to NATO have requested asylum, NATO Secretary-General Jens Stoltenberg said on Friday, saying he will raise the issue of human rights during a visit to İstanbul on Sunday.

He said the asylum requests were a matter for national authorities, without providing more details.

He also called on Turkey to respect the rule of law and ensure a fair trial for those arrested following a purge of the military following an attempted coup in July.

According to a report in Deutsche Welle (DW) on Tuesday, most of the 60 Turkish diplomatic passport holders who are seeking asylum in Germany in the post-coup period are military personnel who were representing Turkey at NATO.

Given the fact that military personnel at NATO have classified information regarding Turkey, which is a NATO ally, German officials are reportedly evaluating the applications with sensitivity.

Many people who fled Turkey in the aftermath of the failed coup attempt on July 15, which claimed the lives of more than 240 people and injured a thousand others, are reportedly seeking asylum in other countries.

Immediately after the putsch, the government along with President Recep Tayyip Erdoğan pinned the blame on the faith-based Gülen movement.