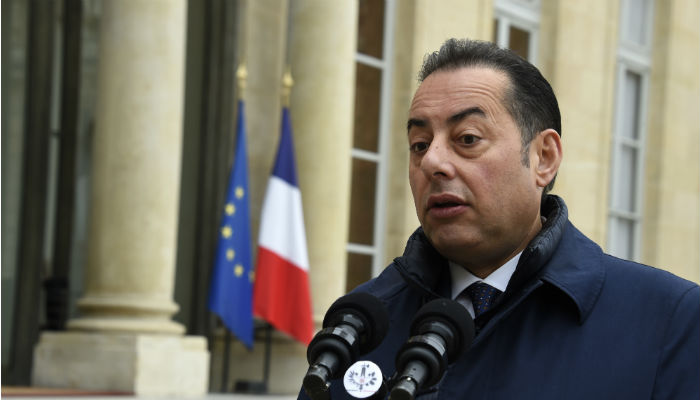 Gianni Pittella, president of the Socialists & Democrats (S&D) Group in the European Parliament, has called for freezing accession talks with Turkey if Ankara continues to neglect democracy and the rule of law.

“The accession talks with Turkey should be temporarily frozen. On our initiative, the European Parliament will vote next week in Strasbourg on a resolution on this turning point in the relationship with Ankara. There is no alternative to these severe steps as long as the Turkish authorities keep neglecting and undermining democracy and rule of law,” he said in a press statement issued on Friday.

Pittella said the dialogue with Ankara must be, and will be, kept alive but that Turkey’s President Recep Tayyip Erdoğan must understand that as a candidate country, rule of law, democracy, freedom of the press and minority rights must be untouchable pillars in Turkey.

“The doors to Turkey and the Turkish people remain open; but the one for the accession talks, for the time being, should not,” he added.

Pittella also criticized some pro-government media outlets in Turkey that lambasted members of the European Parliament for a meeting they held with pro-Kurdish Peoples’ Democratic Party (HDP) deputies Tuğba Hezer Öztürk and Faysal Sarıyıldız in Brussels.

“HDP is a fully legitimized representative of the Kurdish community in Turkey; they are fully legitimized members of the Turkish Parliament and we fully recognize them as our sister party. Dialogue and mutual respect are essential values of democracy. We will not give that up and we will not accept intimidations on this regard,” added Pittella.

The Turkish government has stepped up its purge, which was launched in the aftermath of a failed coup attempt on July 15, in recent weeks, jailing 10 HDP deputies and journalists after removing more than 110,000 soldiers, judges, civil servants and teachers from their posts. President Erdoğan has also suggested calling a referendum next year on whether Turkey should join the EU.

European foreign ministers discussed the prospect of suspending the accession talks at a meeting in Brussels on Monday, at which many of them expressed deepening anxiety about the suppression of Erdoğan’s political opponents and media.