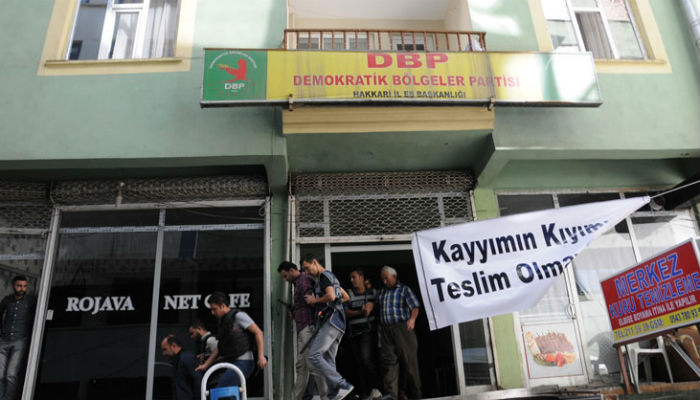 Turkey’s Justice and Development Party (AKP) government has so far appointed trustees to 34 of 106 municipalities run by mayors from the pro-Kurdish Democratic Regions Party (DBP), according to a report by the Doğan news agency on Thursday.

In a statement on Thursdaythe pro-Kurdish Peoples’ Democratic Party (HDP) also said that in addition to trustee appointments to 34 municipalities, party officials have been removed from their posts in 52 municipalities while 39 co-mayors have been arrested.

The DBP is the local affiliate of the HDP.

Dozens of trustees have recently been appointed by the Interior Ministry to mostly pro-Kurdish municipalities in Turkey’s Southeast, replacing the elected mayors and municipal council members. The development has attracted widespread criticism from the region and Western countries.

On Thursday morning the Interior Ministry appointed trustees to the Van, Mardin and Siirt municipalities in Turkey’s east and southeast regions.