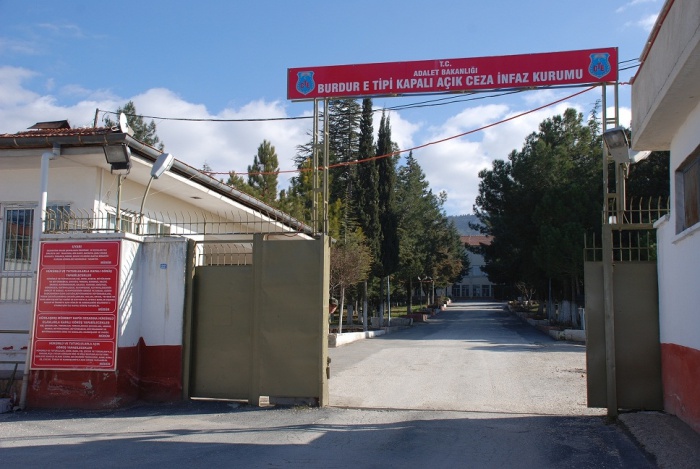 At a time when reports are circulating about government plans to stage riots in Turkey’s prisons to eliminate political prisoners, an emergency training exercise was held at Burdur Prison on Wednesday night, Turkish media reports said on Thursday.

The exercise was reportedly held due to the risk of outbreak of riots and fire as well as hostage cases in the prison.

After an alarm was set off in Burdur Prison, police cordoned off the facility and soldiers equipped with automatic rifles took security measures within the prison. Public prosecutor Sadi Doğan said that no other government offices were notified about the exercise at Burdur Prison.

Last week lawyer Ömer Turanlı has called on human rights organizations and the relevant commissions of the EU to immediately monitor incidents taking place in Turkey’s prisons while expressing grave concerns about the safety of his clients due to claims of a staged riot.

Turanlı had announced from his Twitter account plans by the Turkish government to commit mass killings of people jailed over alleged or real links to the faith-based Gülen movement in a staged riot in Silivri Prison.

According to the lawyer, recent news reports that portrayed the sketch of electrical circuitry as a prison break map of inmates who are imprisoned for real or alleged ties to the Gülen movement in pro-government media outlets confirm the claims about plans by the government for the mass killing of inmates.

Justice and Development Party (AKP) İzmir deputy Hüseyin Kocabıyık has said the Turkish people will raid prisons and hang sympathizers of the Gülen movement and the Kurdistan Workers’ Party (PKK) in the event of the assassination of high-ranking state officials.

Kocabıyık made the controversial remarks in a Twitter message he posted on Sunday.

“In the event of the assassination of high-ranking state officials, the people will raid prisons and hang all FETÖ and PKK supporters. This is what is said among the public,” he wrote.

Ankara Mayor Melih Gökçek, who commented on Kocabıyık’s message on Twitter on Sunday, wrote: “Unfortunately, I hear this frequently and getting seriously concerned.”

Turanlı had already said, “[Pro-AKP Twitter] trolls have already written that execution teams have been set up in prisons. I am concerned about the lives of my clients.”

In September a pro-AKP Twitter troll named Ahmet Üstün (@ustunn_ahmet) called on the government to make plans for the massacre of all Gülen sympathizers who are currently behind bars.

The government, which accuses the Gülen movement of masterminding a July 15 coup attempt, coined the term “FETÖ” to label the movement as a terrorist organization, and the term is abundantly used by almost all media outlets in Turkey despite the lack of any court verdict proving the existence of such an organization.

Since the coup attempt, as part of a massive purge Turkey has arrested some 37,000 people over their alleged ties to the Gülen movement based on guilt by association only. Following the arrests, the pro-government media has been running stories of possible uprisings in prisons, although not a single act of resistance against detentions or arrests has taken place. Such stories raise concerns of mass killings of inmates in an effort to exterminate Gülen movement followers in prisons as final step of the massive purge.