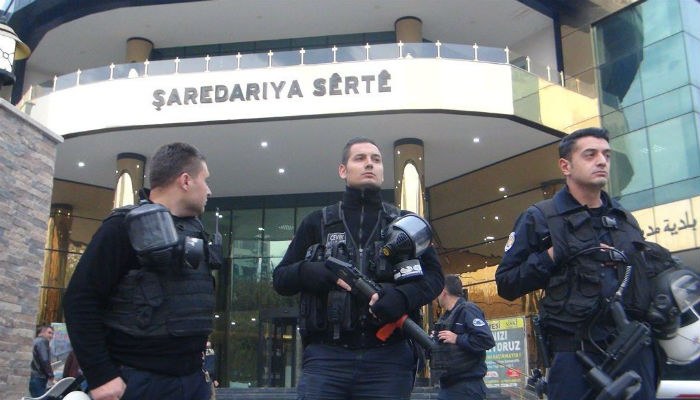 The state-run Anadolu news agency reported that Tuncer Bakırhan, Siirt co-mayor from the Democratic Regions Party (DBP), was detained after the Siirt Public Prosecutor’s Office issued a warrant for him as part of an investigation into the Kurdistan Workers’ Party (PKK).

A police search was reportedly continuing at Bakırhan’s home and municipal office.

Mehmet Ali Bul and Nurhayat Altun, the co-mayors of Tunceli from the DBP, have also been detained by police, according to the same source.

Turkish courts on Nov. 4 also arrested nine pro-Kurdish Peoples’ Democratic Party (HDP) deputies including the party’s Co-chairs Selahattin Demirtaş and Figen Yüksekdağ. The HDP deputies were arrested after they refused to testify about alleged crimes linked to “terrorist propaganda.” One more HDP deputy was arrested on Nov. 5, bringing the total number of HDP deputies under arrest to nine.